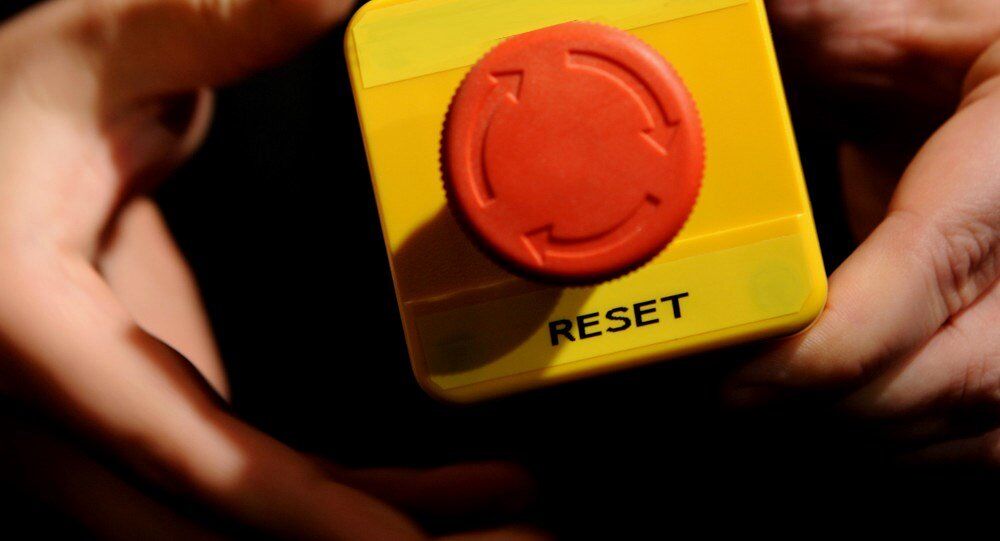 Retired US Vice Chairman of the Joint Chiefs of Staff Gen. James Cartwright said that the presidential race in the United States, which officially kicked off with the late Monday/early Tuesday Iowa caucuses, may determine the level of trust between a new US leader and Russian President Vladimir Putin.

© REUTERS / Mark Kauzlarich
Second Place in Iowa Can Still Lead to US Republican Nomination - Trump
MOSCOW (Sputnik), Anastasia Levchenko – The 2016 US presidential elections are unlikely to launch a "reset" in relations with Russia, but mutual trust between the countries can be cultivated on a high-level, retired Vice Chairman of the Joint Chiefs of Staff Gen. James Cartwright told Sputnik on Tuesday.

"[There will be] No big button of reset [after the election.] But there are good moments, and there are challenges. Very high on the good list is P5+1 talks on Iran," Cartwright said on the sidelines of the conference on Russia-US ties in Moscow.

The two-year talks between world leaders and Iran that led to a landmark deal curbing Tehran's nuclear program created an environment where Moscow and Washington can work jointly on nuclear proliferation, Cartwright stressed.

© Flickr / Gage Skidmore
Democratic Candidate to Win 2016 US Presidential Race - Moody's
The presidential race, which officially kicked off with the late Monday/early Tuesday Iowa caucuses, may determine the level of trust between a new US leader and Russian President Vladimir Putin, Cartwright observed.

"Our countries tend to move with the influence of our leaders. So if our leaders trust each other, then the trust goes down to the people. What we hope for in this election is whoever the new American President is, that the relationship with Putin will be based on trust and confidence, and that would trickle down in our societies," he noted.

The chair of the Global Zero nuclear weapons elimination campaign, Cartwright, further expressed hope the sides could "find a way around and move forward" on sanctions imposed on Russia in response to Crimea's reunification with Russia and Moscow's perceived involvement in the Ukrainian conflict.

© AFP 2020 / JOHN THYS
NATO, Russia Should Talk Face-to-Face, Not Through a Megaphone
He further offered a possible review of the 1997 Russia-NATO Founding Act, but could not predict "how satisfying" the outcome would be to the sides. Under the Founding Act, NATO explicitly pledges not to permanently station substantial combat forces or nuclear weapons in Eastern and Central Europe as a way to build long-term peace in the Euro-Atlantic.

Cartwright serves as the inaugural Harold Brown Chair in Defense Policy Studies at the Center for Strategic and International Studies think tank.

NATO, Russia Should Talk Face-to-Face, Not Through a Megaphone

Good Relationship With Russia, China ‘Would Be Great' for US - Trump