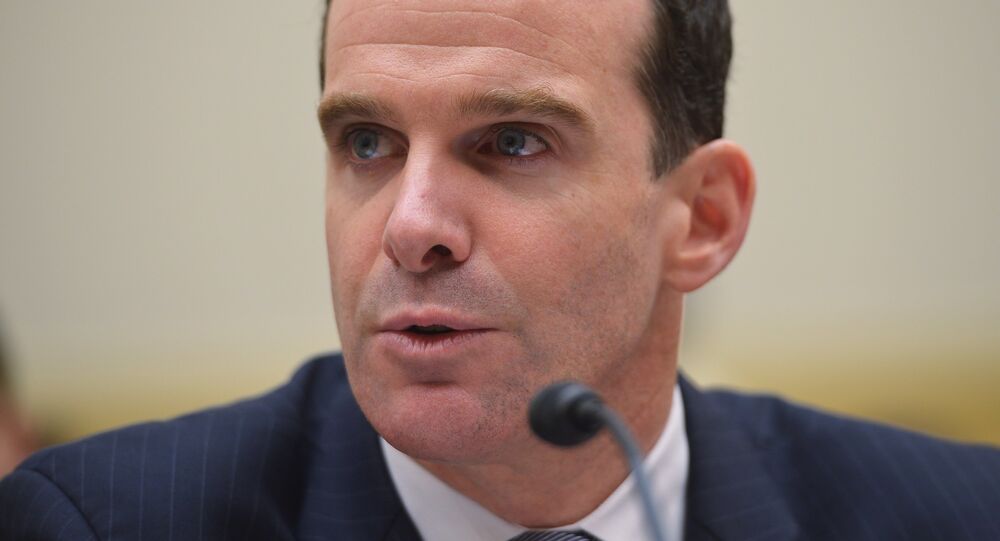 US Presidential Envoy for the anti-Daesh coalition Brett McGurk met with Iraqi Prime Minister Haider Abadi and Kurdistan Regional Government (KRG) Prime Minister Nechirvan Barzani over the weekend to discuss the upcoming steps in the military campaign against the terror group, the US Embassy in Baghdad announced in a statement on Monday.

© AFP 2021 / JEAN-MARC MOJON
US to Send Advisers to Iraq Kurdistan Region - Kurdish Regional Gov't
WASHINGTON (Sputnik) — He also discussed with Iraqi and KRG officials how the United States could help in the upcoming campaign to retake the city of Mosul from Daesh as well as improve the economic situation in the country and region.

McGurk emphasized Washington’s commitment to supporting Iraq in its "post-conflict stabilization in newly liberated areas, as well as efforts to facilitate humanitarian assistance to internally displaced persons and refugees."

Last week, the US Department of Defense said at least ten brigades of Iraqi Security Forces (ISF) would be needed to retake Mosul, and it had already trained about 20,000 ISF troops, but also police and Sunni tribal fighters.