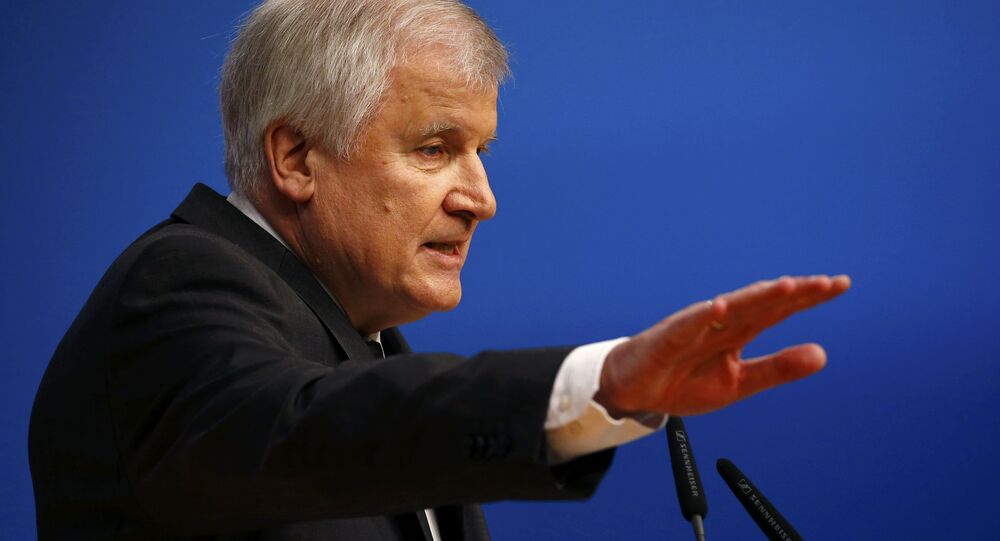 © AFP 2020 / Tobias Schwarz
Bavarian PM Threatens to Sue Berlin if Merkel Fails Control German Borders
His colleagues accused Seehofer of "solidarity with the Russian autocrat" and emphasized that the withdrawal of sanctions against Russia is out of question.

For instance, members of the ruling coalition stated that Seehofer is pursuing a strategy that contradicts the policy of the federal government.

"In the debate on the refugee issue, Seehofer clearly contrasted his position with the position of the Chancellor. I hope he will give up his trip," foreign policy expert and CDU member Roderich Kiesewetter said.

"Foreign policy is decided in Berlin and not in Munich," echoed the official representative of the SPD parliamentary group on foreign policy Niels Annen.