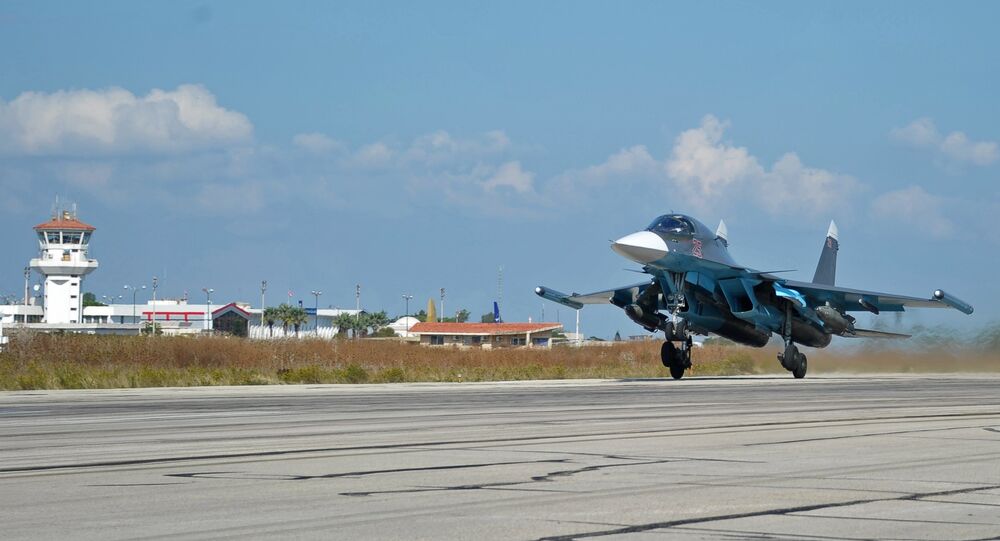 Western media coverage does not accurately reflect what is happening on the Syrian battlefield, US journalist Mike Whitney wrote for the CounterPunch magazine: Damascus-led forces, assisted by Russian warplanes, have turned the tide of war and are on the way to flush Islamic radicals out of the country.

Unlike America's military engagement in Afghanistan and Iraq, this process will not be a protracted one, Whitney added.

"What the western media characterizes as a 'quagmire' has all the makings of a stunning victory for the Russian-led coalition that is gradually reestablishing security across Syria while sending the invaders running for cover," he said, referring to foreign mercenaries, who are fighting for Daesh, al-Nusra Front and other radical groups in Syria.

© Sputnik / Dmitri Vinogradov
Russia's Hi-Tech Campaign in Syria Becomes a 'Sobering Experience' for NATO
Reports from the Syrian battlefield speak for themselves. Thanks to Russia's involvement, the Syrian Arab Army (SAA) is on the offensive on virtually all fronts, freeing strategic cities and destroying militants in key provinces. Less than six months ago Damascus-led forces were losing territories and their prospects looked grim.

Whitney maintains that Americans are "conditioned" to believe that any military involvement in a foreign land would necessarily turn into a quagmire. These concerns are understandable. After all, the United States was dragged into two military campaigns in the Middle East that has only contributed to more violence and instability in the region.

© REUTERS / Lucas Jackson
A U.S. soldier from Dragon Company of the 3rd Cavalry Regiment prepares for a mission on forward operating base Gamberi in the Laghman province of Afghanistan

Russia's case is different. "The fact is, however, that Putin has no intention of getting 'bogged down' in Syria for a decade or two. What he plans to do is to defeat the enemy and move on," Whitney noted. "Recent reports from the frontlines suggest that that is precisely what he is doing."

Militant Groups Fail to Unite in Fight Against Syrian Government