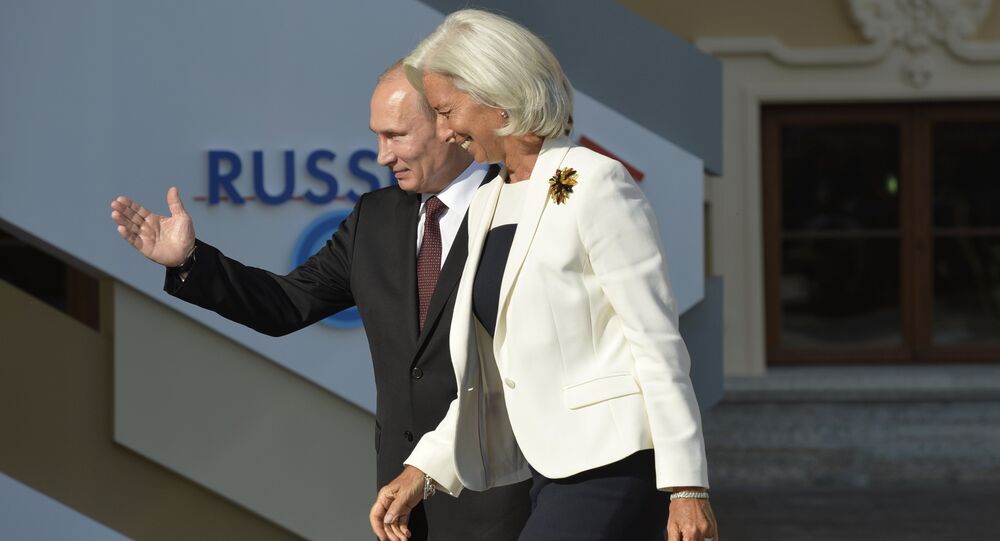 Russia, along with three other BRICS countries, has entered the list of the Top 10 IMF Member States, which have the largest quota and voting share of the Fund, meaning more power and a greater say as the lender of last resort.

“The International Monetary Fund’s (IMF) 14th General Quota Review, which delivers historic and far-reaching changes to the governance and permanent capital of the Fund, have now been satisfied,” says a statement on the official website of the Fund.

Other members of the top 10 include the United States, Japan, and the four largest European countries by GDP (France, Germany, Italy, and the United Kingdom).

China will have the third largest IMF quota and voting share after the United States and Japan, and India, Brazil and Russia will be among the top 10 members of the IMF.

The amendment was approved by the IMF’s Board of Governors back in 2010.

© AFP 2021 / MANDEL NGAN
US Caves In to Emerging Markets as Congress Finally Makes IMF Reforms
For the quota increases under the 14th General Review of Quotas to become effective, the entry into force of the proposed amendment to reform the Executive Board is required, as well as the consent to the quota increase by members having not less than 70 percent of total quotas (as of November 5, 2010). As of January 21, 2016, 170 members having 97.667 percent of total quota had consented.

It is set to come into effect in the coming weeks.

“US foot-dragging on reforms to the institution had blocked changes meant to give more voting power to BRICS and other emerging economies, frustrating countries around the world,” The BRICS Post website commented on the issue.

The changes include a number of significant outcomes.

Advanced European countries have committed to reduce their combined Board representation by two chairs.

These reforms will double the IMF’s quota resources and reallocate the quota. That meant reducing the role of advanced European countries and Gulf states, and increasing that of emerging nations, particularly China.

“The entry into force of these reforms will reinforce the credibility, effectiveness, and legitimacy of the IMF,” the IMF said in the statement.

“The reforms represent a major step toward better reflecting in the institution’ s governance structure the increasing role of dynamic emerging market and developing countries.”