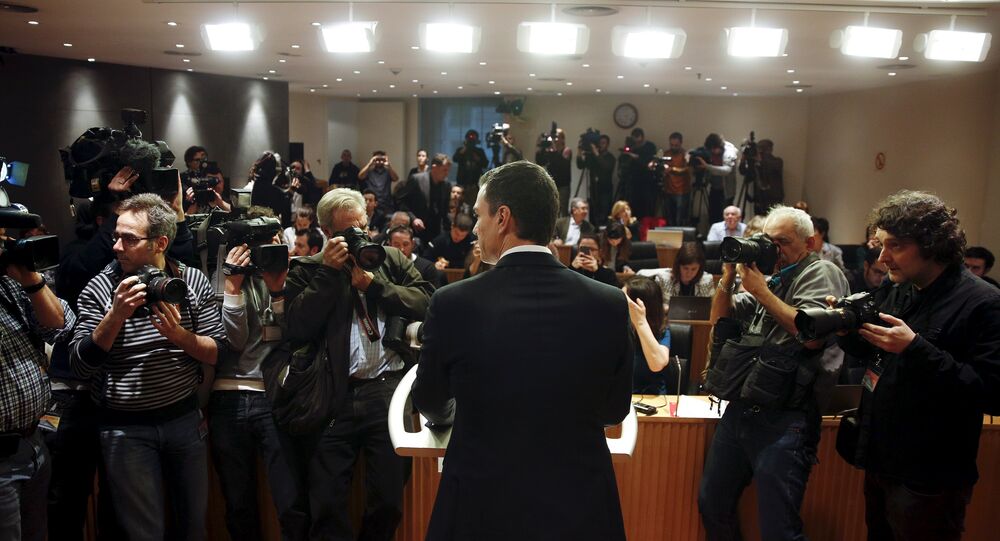 The Spanish Socialist Workers’ Party (PSOE) has called on the People’s Party (PP) to put forward a candidate for the prime ministerial post, PSOE said in a statement Saturday.

"Mariano Rajoy's decision to decline the request of the King to present his candidacy for the inauguration as prime minister and at the same time, announcing he would not resign, is unacceptable," PSOE said.

It argued that a leader of the party that placed first in the December 20 general election — PP — should nominate its candidate at the monarch's next round of consultations with party leaders on Wednesday.

"To keep waiting for political and personal survival, relying on the existence of hypothetical alternative masses, is a bit irresponsible toward the interests of citizens and the challenges facing our country," PSOE stressed.

"Therefore, and in the meantime, the PSOE will not enter into negotiations with other political forces to try to forge an alternative stable government, much less, when raised from blackmail and putting party interests to the interests of citizens," it said.

The conservative People’s Party won 123 seats in the lower house of parliament in last month's nationwide vote, 64 less than in the previous election. The PSOE won 90, and left-wing Podemos came third, securing 69 seats. At least 176 seats are required for a parliamentary majority, necessary to form a government.

A two-month deadlock triggers a new general election to be held later this year.