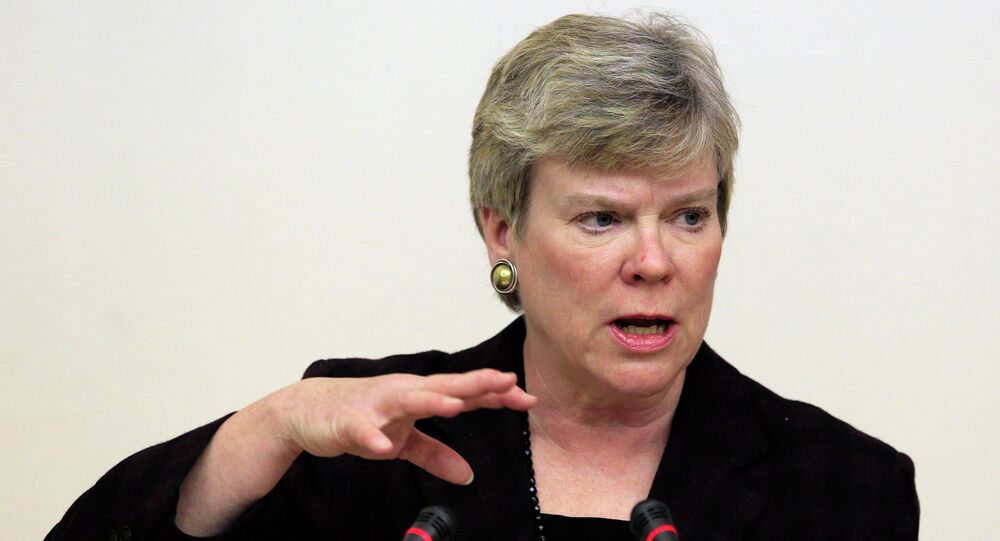 The United States is eager to advance discussions with Russia in 2016 and begin a new phase to resolve the issues around the Intermediate-Range Nuclear Forces (INF) treaty, Under Secretary of State for Arms Control and International Security Rose Gottemoeller said on Friday.

WASHINGTON (Sputnik) — The 1987 INF treaty banned nuclear and conventional ground-based cruise and ballistic missiles with a range of 300 to 3,400 miles.

"We have been glad that in recent months Russia, including at a very high level, has continued to express its strong commitment to the Intermediate-Range Nuclear Forces treaty," Gottemoeller stated. "We are quite keen to advance our diplomatic efforts to resolve this issue and hope that 2016 will spell a new phase in our efforts to do so."

This came in response to continued US accusations that Moscow is not fulfilling its INF treaty obligations. Washington alleges that Moscow tested a ground-launched cruise missile in violation of the INF treaty.

US Considering Sanctions Against Russia Over Alleged INF Violations - DoS

US Ready to Respond to Alleged Russia INF Violations