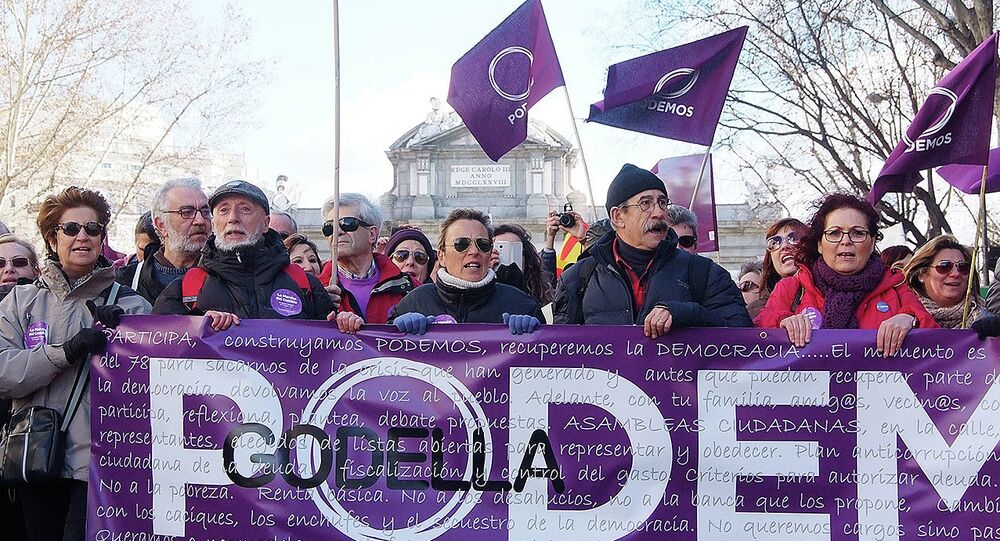 The leader of the left-wing Podemos party, Pablo Iglesias, proposed on Friday to form a coalition government with the Spanish Socialist Workers' Party (PSOE) and the United Left.

© Flickr / European Parliament
Spain’s Podemos Open to Any Initiative to Remove People’s Party From Power
MOSCOW (Sputnik) — "We decided to take the initiative and step forward. There is no time for half-measures. Either you are for change or for stagnation and deadlock," Iglesias announced after a meeting with King Felipe VI, as quoted by El Pais.

Iglesias added that the government would be composed in proportion to the election results and concluded it would be "reasonable" if the PSOE leader Pedro Sanchez led the government as prime minister while Iglesias himself assumed the post of his deputy.

On December 20, Spain held a general election that ended the established two-party system, in place in the country for more than 30 years. The conservative People’s Party won 123 seats in the lower house of parliament, 64 less that in the previous election. The PSOE won 90, and left-wing Podemos came third, securing 69 seats. At least 176 seats are required for a parliamentary majority, necessary to form a government.