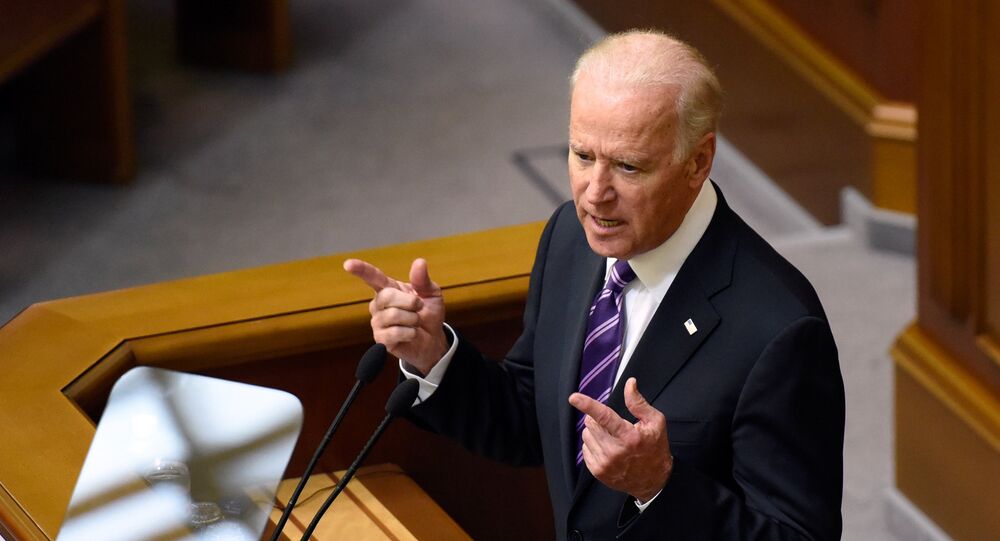 US Vice President Joe Biden in a meeting with Iraqi Prime Minister Haidar al-Abadi in Davos called for continued engagement between Baghdad and Ankara to work out tensions over the deployment of Turkish troops on Iraqi soil, the White House said in a press release.

WASHINGTON (Sputnik) — In early December, Turkey deployed some 150 troops and 25 tanks to a base in the Iraqi Nineveh province, but without Baghdad’s approval. Iraq has said it regards the deployment as illegal.

"The Vice President encouraged continued dialogue between Iraq and Turkey to resolve concerns about Turkish troop deployments in northern Iraq and reiterated US respect for Iraq's sovereignty and territorial integrity," the release stated on Thursday.

Turkish authorities, however, said that their troops had entered Iraq to ensure the security of Turkish instructors deployed to the base to train local militias, fighting against the Daesh terror group.

On January 7, US President Barack Obama called on Turkey to withdraw any military forces not authorized by the Iraqi government during a call with Abadi.

The Daesh is a designated terrorist group prohibited in the United States and Russia as well as in numerous other countries.