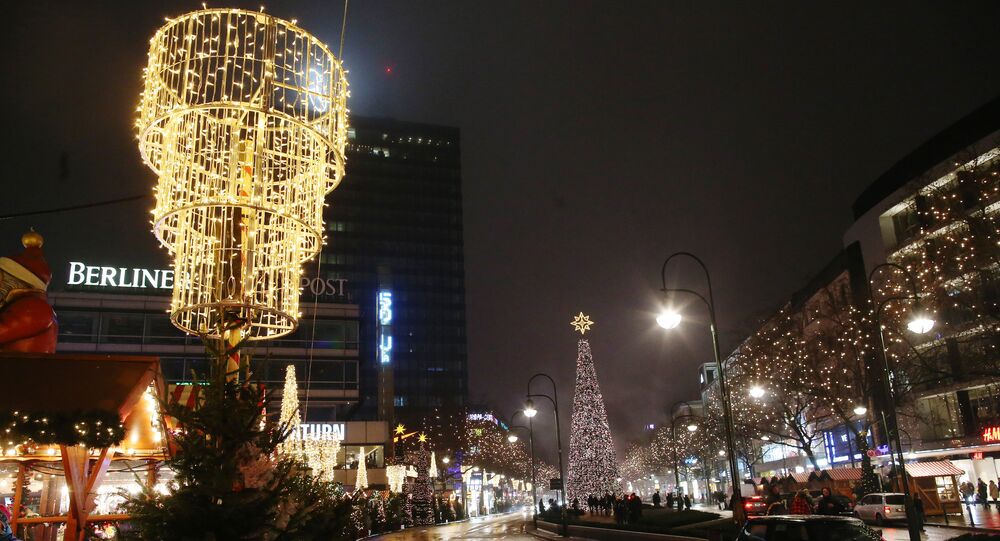 German lawyer Martin Luithle, who recently asked prosecutors in Berlin to verify a report about an incident of rape involving an underage Russian girl, is trying to force local authorities to hinder the work of a Russian journalist, the Russian Embassy in Berlin said Thursday.

© AP Photo / Hermann J. Knippertz
Shell Shocked: Germans Stock Up on Tasers After Cologne Attacks
BERLIN (Sputnik) – On January 16, Russia's Channel One broadcaster aired an interview with a woman claiming that her 13-year-old Russian-speaking niece was abducted on her way to school in Berlin and raped by three Arab migrants.

Several days later, Luithle sent a request to the prosecutor’s office, asking them to examine the story narrated by the channel’s reporter, Ivan Blagoi, as in his opinion it could have violated German law and incited racial hatred.

"Lawyer’s demarche is putting pressure on the Russian journalist and attempting to provoke the German authorities to restrict his activities, which is unacceptable," the Russian's embassy's spokesman, Sergei Belyaev, told RIA Novosti.

© REUTERS / Wolfgang Rattay
Number of Sexual Assaults Complaints in Cologne Rises to 561
The lawyer’s move looks rather absurd amid an avalanche of publications in the German media about the crimes recently committed by refugees in German cities, particularly in Cologne, where hundreds of women were robbed, threatened and sexually assaulted, the diplomat noted.

The Russian Embassy in Berlin said that it considers the German police’s estimation that there was insufficient evidence of a crime in the case of the alleged abduction and rape of a 13-year-old Russian-speaking girl in the country’s capital to be "hasty."

"The more we get acquainted with the situation, the more doubts about the validity of such conclusions arise. They seem hasty," the Russian Embassy's spokesman Sergei Belyaev told RIA Novosti.

The girl’s parents are protesting the police decision, having hired a lawyer to defend their interests, the diplomat noted.