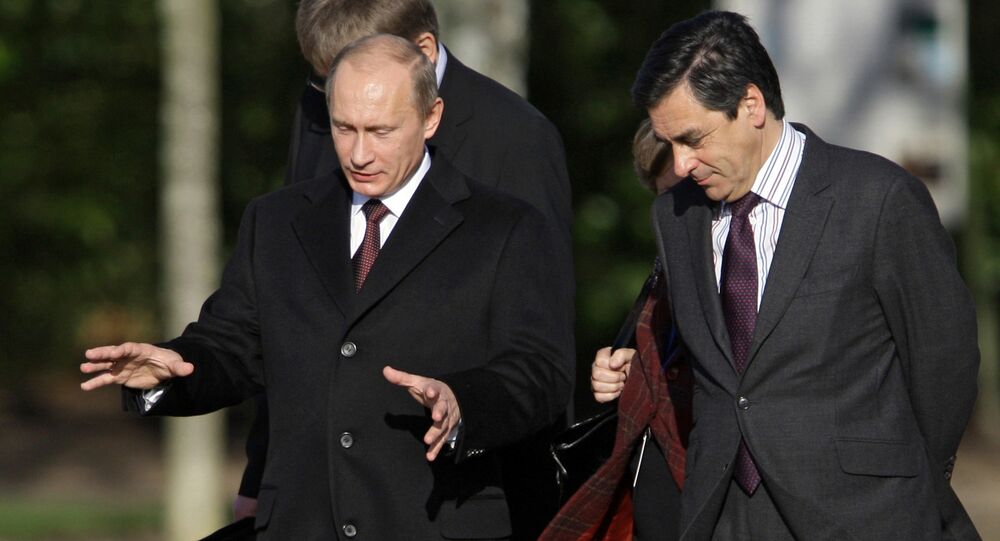 The European Union (EU) should lift sanctions against Russia, as it’s impossible to fight against Daesh (Islamic State) together while having restrictive measures in everyday life, former French Prime Minister Francois Fillon told Le Monde in an interview.

That being said, Fillon understands that it won't be possible to have full trust between the partners when one of them has a series of economic sanctions imposed against the other.

"Of course, it [the lifting of sanctions] should be done. First of all, it should be done because we need to end this foolish and dangerous Cold War between Russia and Europe," the former Prime Minister told Le Monde.

© AFP 2020 / MEHDI FEDOUACH
Food for Thought: France Seeks to Restore Agriculture Supplies to Russia
"We can't be fighting together in Syria and keep imposing sanctions in everyday life. This is not possible."

The European Union and its allies have introduced several rounds of sanctions since 2014, accusing Moscow of meddling in the Ukrainian conflict. The claims have been repeatedly denied by the Kremlin.

In response, Moscow has imposed an embargo on food imports from the countries that sanctioned it in retaliation.