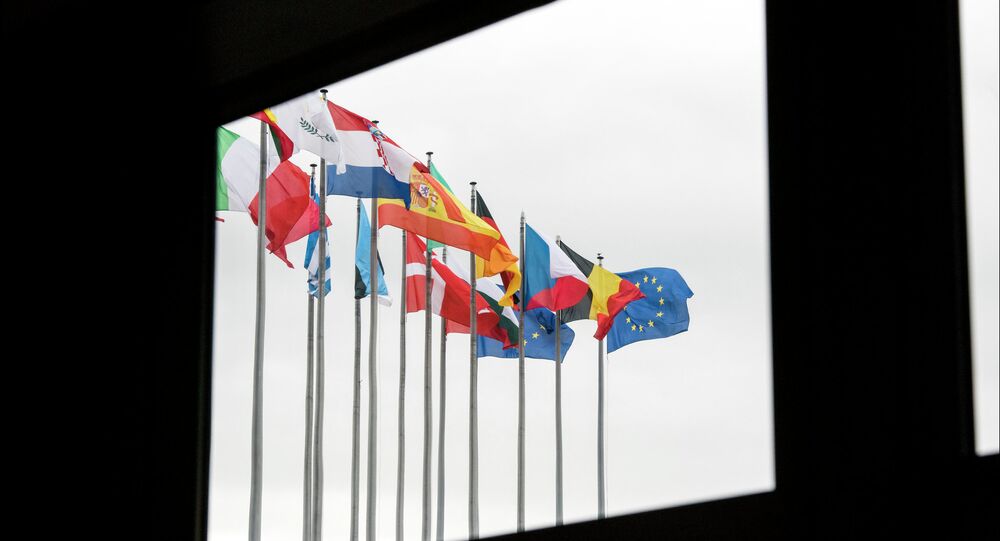 Ties between Russia and the European Union have improved over the past year, however, it is still hard to predict when the Western sanctions against Moscow will be lifted, Finland’s Finance Minister Alexander Stubb told Sputnik on Thursday.

© Sputnik / Andrey Stenin
For Europe's Sake: Recognize the Real Enemies and Make Friends With Russia
DAVOS (Sputnik) — Russia’s relations with the 28-nation bloc soured in 2014 over the Ukrainian crisis. The European Union, along with the United States and other Western countries, imposed several rounds of sanctions on Moscow, citing its alleged interference in Ukraine's internal affairs. Moscow has repeatedly denied the allegations.

"I would certainly say that relations between Russia and the West, and especially Russia and the European Union, are much warmer now than they were a year ago," Stubb acknowledged, adding that this thaw was due largely to the global political situation.

When asked about the possibility of lifting the EU sanctions against Russia, Stubb said it was a difficult issue to talk about at this stage.

"We all need to try to help each other," he noted.

Thinking Straight: US, Europe Should Ally With Russia, Not Antagonize It