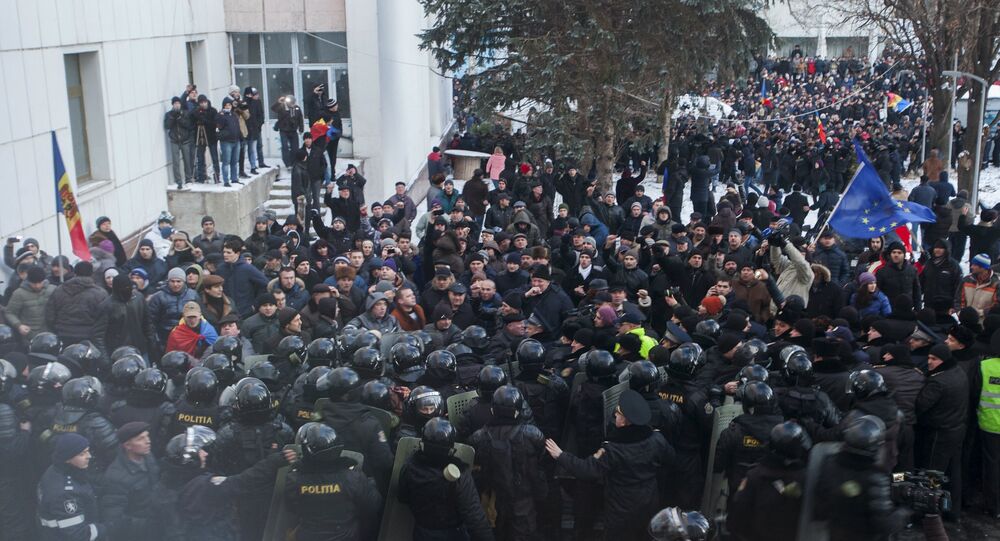 Moscow has called on all parties protesting in Moldova to refrain from violence, Kremlin spokesman Dmitry Peskov said Thursday.

© AP Photo / Vitalie Plotnic
100,000 Expected to Attend Anti-Gov't Protests in Moldova on Thursday - Opposition
MOSCOW (Sputnik) — On Wednesday, hundreds gathered near the parliament to protest against Moldovan President Nicolae Timofti's decision to nominate Pavel Filip, the minister of informational technologies and communications and member of the ruling Democratic Party, for the post of the Moldovan prime minister.

Opposition forces in Moldova are expected to organize more protests on Thursday, demanding the resignation of the country’s government.

Since early September, major anti-government protests have gripped the Moldovan capital of Chisinau.

100,000 Expected to Attend Anti-Gov't Protests in Moldova on Thursday