Vietnam Warns China Not Drill for Oil in Disputed Area

Following a recent rig settlement by Beijing, Vietnam has demanded that China not drill for oil in disputed waters to avoid a repeat of the 2014 deadlock over resource exploration and extraction in the South China Sea.

The oil exploration rig relocation coincided with an upcoming gathering of the Vietnam congress.

Hanoi seeks to prevent a repeat of the 2014 anti-China march following an oil rig movement in waters claimed by Vietnam that resulted at least at 3 deaths.

"Vietnam asked China not to proceed with drilling activities and withdraw the oil rig out of the area," Binh stated.

On Wednesday, Beijing insisted that the rig was operating in the "undisputed waters of China."

A power transition in Hanoi is expected on Thursday as the quinquennial event will see a struggle between Beijing-favored traditional old guards and liberal reforms promoted by Prime Minister Nguyen Tan Dung.

"China just shot itself in the foot," Vietnam expert Carl Thayer told journalists, stressing that the reappearance of the oil rig would strengthen Dung's efforts to change leadership.

© REUTERS / US Navy
GOP Leaders Want More Naval Muscle in South China Sea Dispute
When China moved its oil rig into disputed waters in 2014, the move enhanced Vietnamese-American relations more than at any time since the war ended in 1975. In October 2014, the US partially lifted a ban enacted by President Reagan on lethal weapon sales to Vietnam, a step considered to put China-US relations on edge.

China claims nearly all of the South China Sea. Vietnam, along with Malaysia, Brunei, the Philippines and Taiwan has overlapping claims to territory in those waters. Vietnam acts to restrain Chinese efforts to develop military bases on island chains controlled by Beijing, provoking domestic criticism over government actions and boosting support for Dung.

Controversial maritime boundaries in the Gulf of Tonkin and repeated military flights by Beijing over the disputed Kagitingan Reef in the Spratly archipelago increase the tension between Hanoi and Beijing.

Earlier in January, Vietnam's Foreign Ministry protested to the Chinese ambassador over test flights in Kagitingan Reef, accusing China of violating Vietnam's sovereignty. Beijing rejected the protest, suggesting the accusation had no cause. 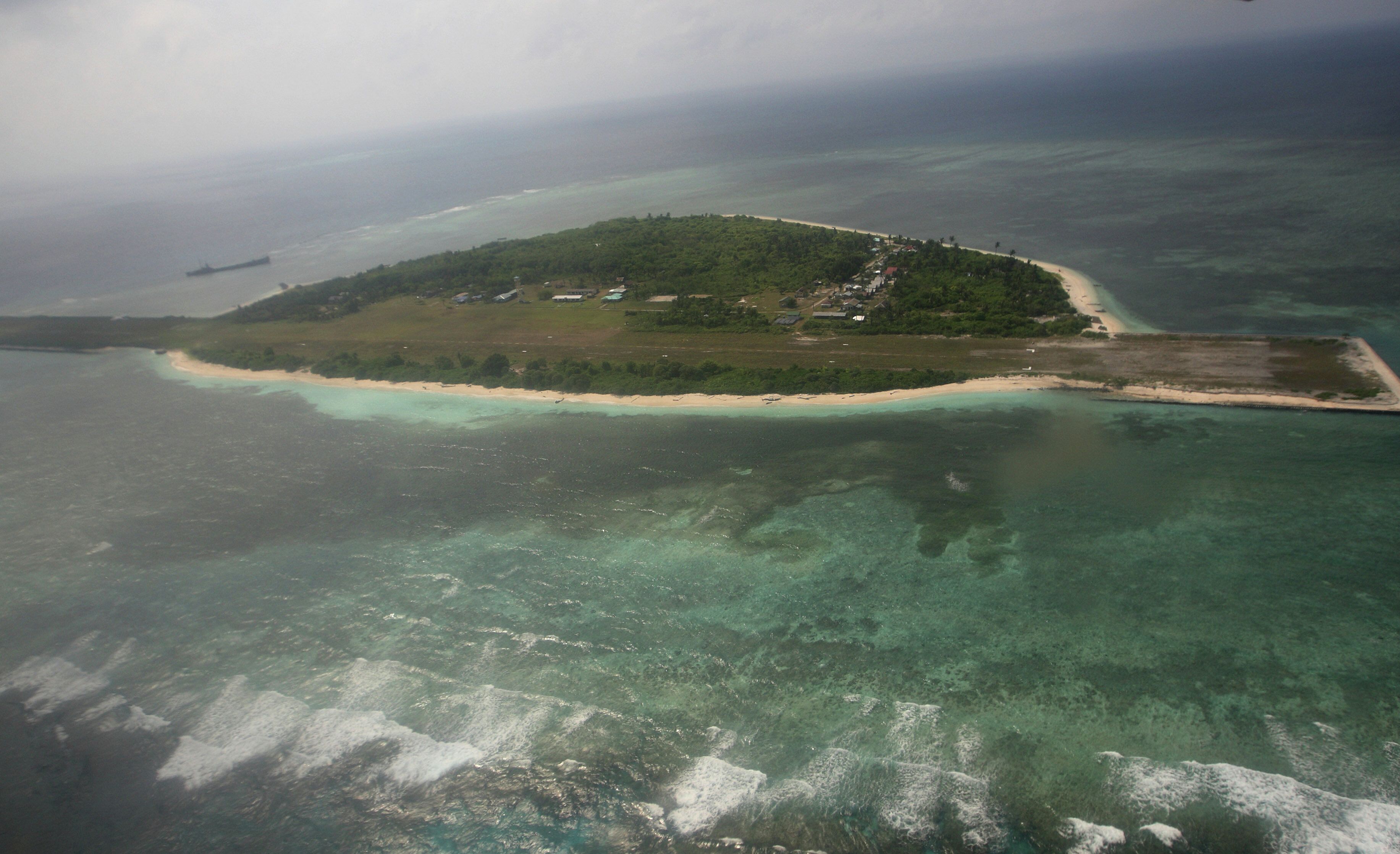 © AFP 2019 / POOL
An aerial photo shows Thitu Island, part of the disputed Spratly group of islands, in the South China Sea located off the coast of western Philippines on July 20, 2011 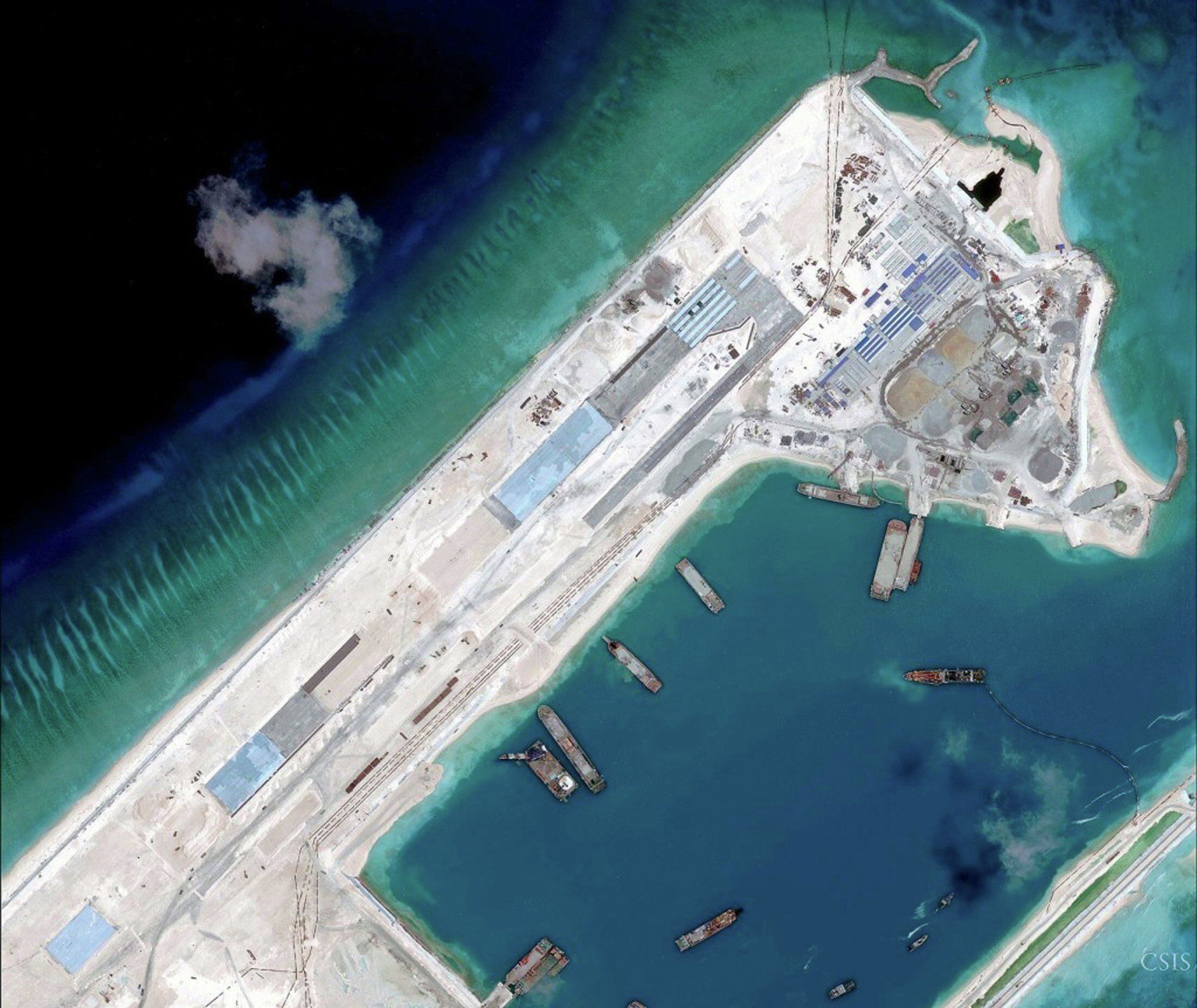 © REUTERS / CSIS/Digital Globe
Airstrip construction on the Fiery Cross Reef in the South China Sea is pictured in this April 2, 2015 handout satellite image obtained by Reuters on April 16, 2015 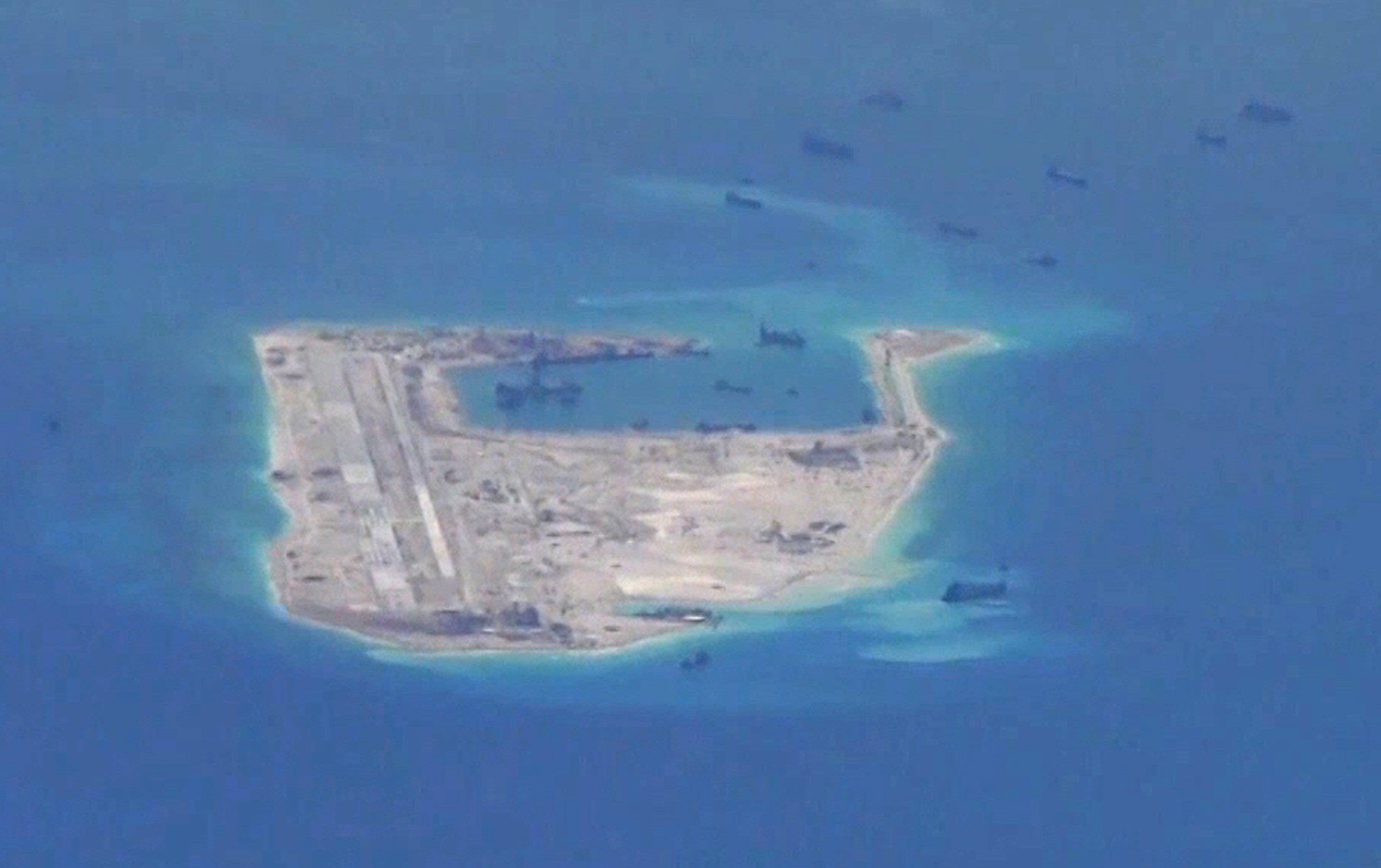 © REUTERS / U.S. Navy/Handout via Reuters
Chinese dredging vessels are purportedly seen in the waters around Fiery Cross Reef in the disputed Spratly Islands in the South China Sea in this still file image from video taken by a P-8A Poseidon surveillance aircraft provided by the United States Navy 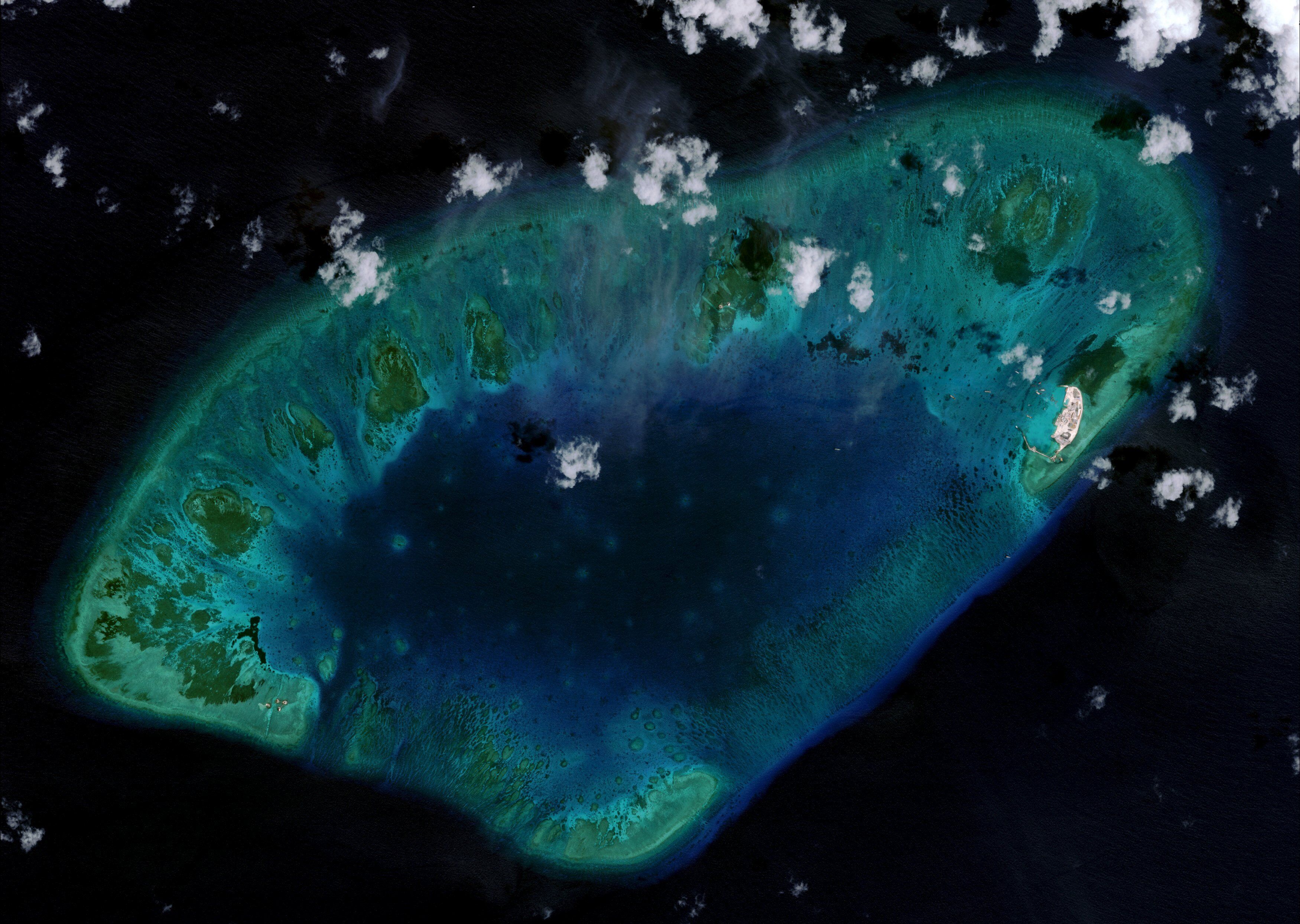