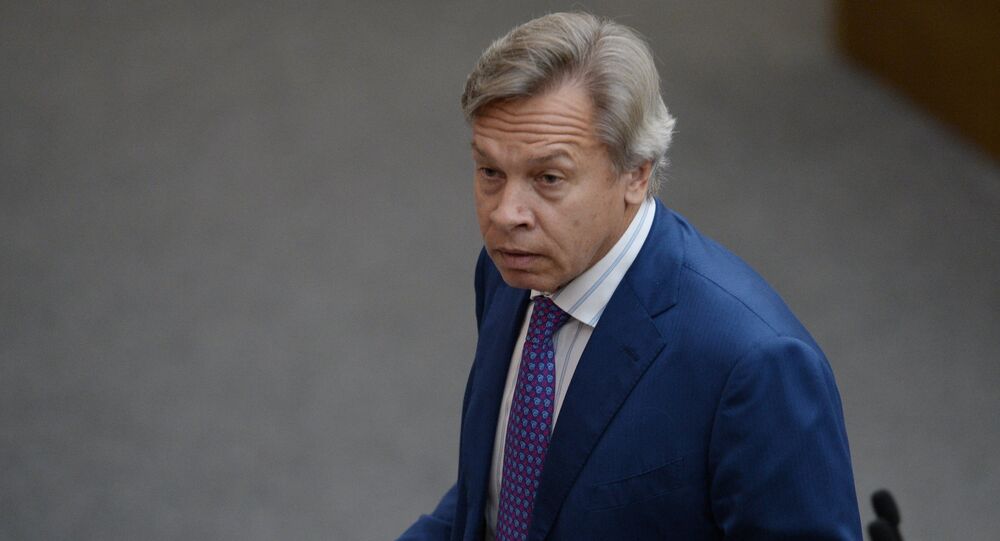 The Parliamentary Assembly of the Council of Europe’s (PACE) relations with Moscow will depend on the European Union’s stance, the head of the Foreign Affairs Committee of the lower house of Russia's parliament said Monday.

MOSCOW (Sputnik) — Russia is a PACE member state, but its delegation has stayed out of parliamentary meetings since the assembly revoked its voting rights following a row over Crimea in April 2014.

"It is the position of the European Union that determines the nature of the discussions in PACE. Many of the countries that are not members of the EU, they want to… join the EU, and, too, are guided by the position of Brussels," Alexei Pushkov told the Rossiya-24 television channel.

© Sputnik / Igor Zarembo
Baltic Bridgehead: Why Russia Has Every Right to Be Alarmed by NATO's Buildup in the Region

Pushkov added that PACE national delegations would change their stance toward Moscow as soon as Brussels or EU leading members, such as Germany and France, initiated a discussion on lifting sanctions against Russia.

In 2014, the European Union, the United States and their allies imposed a series of individual and sectoral economic sanctions against Russian nationals and key spheres of the country's economy accusing Moscow of meddling in Ukraine internal affairs and escalating a military crisis in the country.

Russia has denied playing any role in the armed conflict in eastern Ukraine, warning that the Western sanctions are counterproductive.

Russian Delegation Not to Participate in PACE Winter Session - Lawmaker