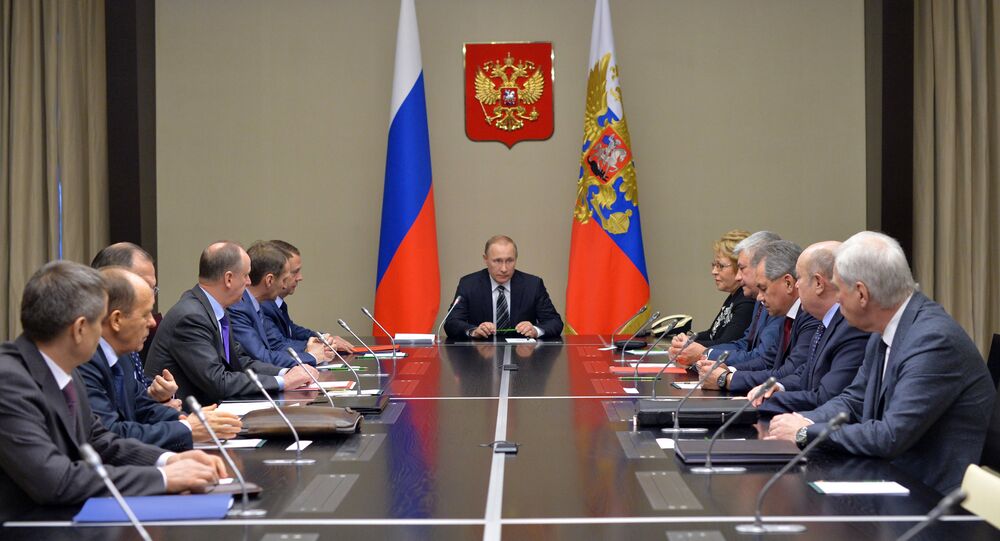 Russian Deputy Security Council Secretary Evgeny Lukyanov said that Moscow will give special attention to the strategic partnership with China and India.

MOSCOW (Sputnik) – Russia will continue to develop its strategic partnerships with China and India, as well as the Asian-Pacific region, Latin America and Africa, the Russian Security Council said Monday.

“Russia will fulfill the tasks outlined in the [Russian National Security] Strategy within the framework of bilateral relations, among which special attention will be given to the strategic partnership with China and India. Great meaning will also be given to developing strong relations with the countries of the Asia-Pacific region, Latin America, Africa, and other appropriate regional unions,” Russian Deputy Security Council Secretary Evgeny Lukyanov was quoted as saying in a press release.

© AFP 2020 / ALEXANDER NEMENOV
Russia to Maintain Level of Nuclear Restraint for National Interests
Moscow has stepped up its cooperation with BRICS countries and other developing states in light of strained relations with the West over the Ukrainian conflict.

In 2014, the European Union, the United States and their allies imposed a series of individual and economic sanctions against Russian nationals and key spheres of the country's economy accusing Moscow of meddling in Ukraine internal affairs and escalating a military crisis in the country.

Russia has denied playing any role in the armed conflict in eastern Ukraine, warning that the Western sanctions are counterproductive. In response, in August 2014 Russia announced a one-year food embargo on products originating in states that imposed sanctions. The ban has since been extended for another year.