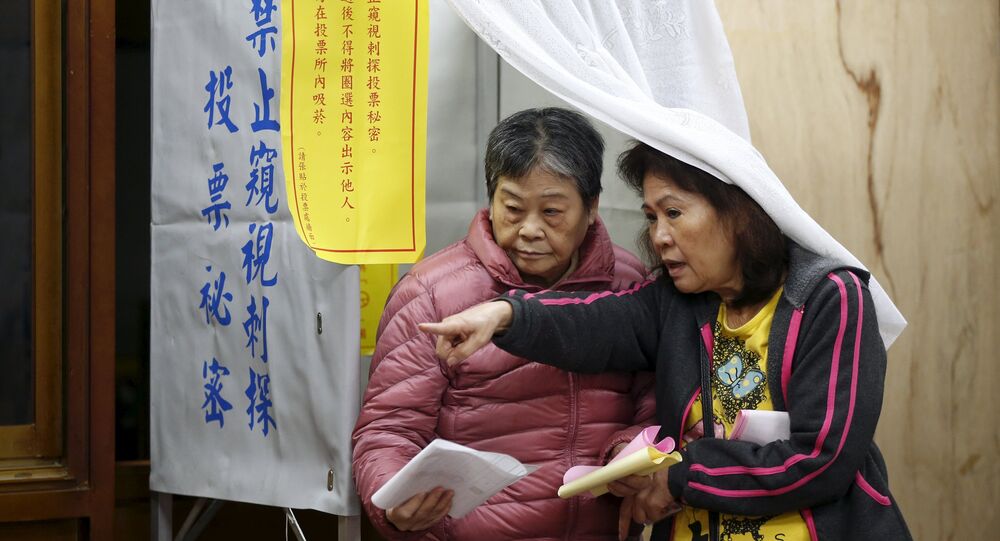 "We have stated earlier that we will not interfere in the conduct of elections in Taiwan," the Chinese language edition of the Global Times daily quoted Taiwan Affairs Office spokesman An Fengshan as saying. "What we are focused on are cross-strait relations."

Over 15,000 precincts have opened for some 18.7 million Taiwanese voters aged 20 and over on Saturday. Polls are scheduled to close at 08:00 GMT.

Tsai, who has pledged to maintain Taiwan's status quo of de-facto indepdence, is projected to garner 46 percent in the first-past-the-post vote.

China does not recognize Taiwan as an independent entity, which became self-governed in the 1940s after a civil war, citing the one-China principle agreed to in a provisional 1992 consensus.

Zhang warned in a New Year's Eve message that China's relations with Taiwan were headed toward "complicated changes" in 2016.

US Plans to Sell Destroyers to Taiwan Despite Chinese Protest