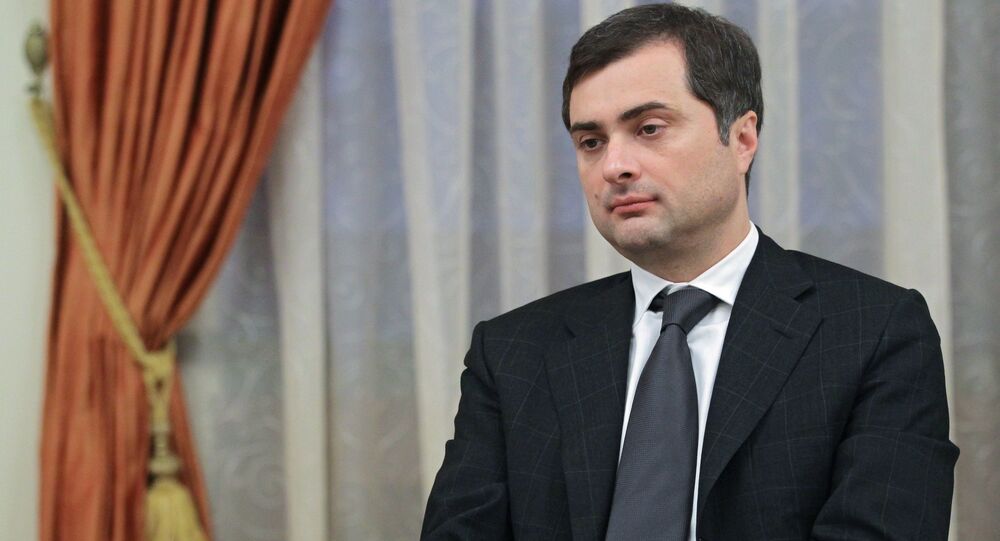 Surkov Describes Talks with Nuland on Ukraine as 'Compromise Brainstorming'

Surkov and Nuland held talks earlier on Friday in Russia's exclave of Kaliningrad that continued for several hours.

"We had rather substantial, constructive and helpful discussions. It was, so to speak, brainstorming on ways to find compromises in the implementation of the Minsk agreements," Surkov told reporters.

According to Surkov, some ideas, put forward during the meeting and devoted to such sensible issues as constitutional reform in Ukraine, might be discussed at a meeting of the Normandy Four on Ukrainian reconciliation, comprising leaders of Russia, Ukraine, France and Germany.

© AFP 2020 / BRENDAN SMIALOWSKI
Nuland, Surkov Talks on Ukraine in Kaliningrad ‘Constructive’
Earlier this week, the first 2016 meeting of the trilateral Contact Group on conflict resolution in eastern Ukraine, consisting of Ukraine, Russia and the Organization for Security and Co-operation in Europe (OSCE) representatives, took place in Minsk, Belarus. Russian newly appointed Contact Group envoy Boris Gryzlov called for a so-called regime of silence in Ukraine's Donbass region starting from January 14. The idea was supported both by Kiev and Donbass militia.

In February 2015, Kiev authorities and Donbass militias signed a deal in the Belarusian capital to put an end to a military conflict in southeastern Ukraine, which started in April 2014.

Key points of the Minsk deal stipulate a ceasefire, weaponry withdrawal from the line of contact in eastern Ukraine, constitutional reforms, including a decentralization of power in the country, and the granting of special status to the Donbass region.

The sides failed to fulfil the agreements by end of 2015, as it was initially assumed.