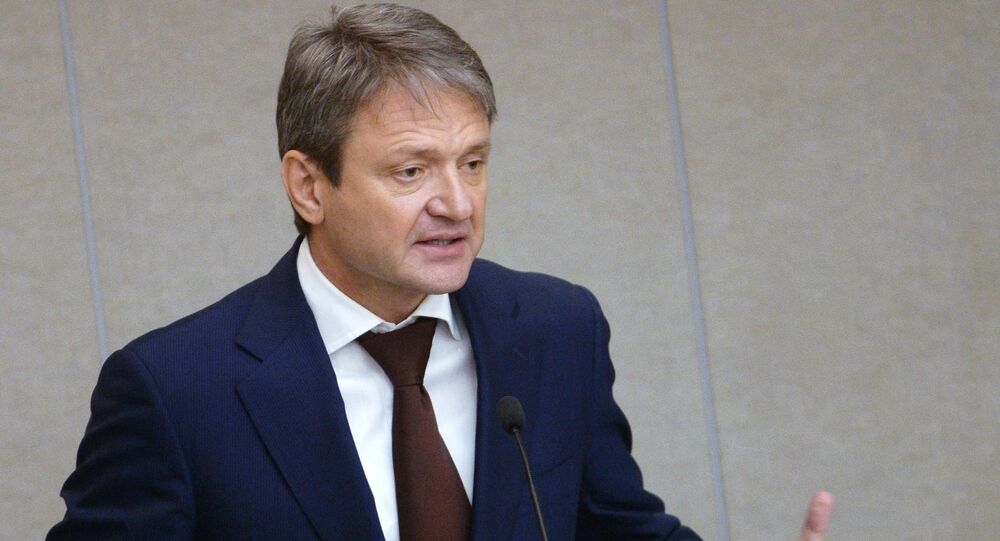 It is impossible for Russia to participate in the Berlin International Green Week trade fair, as Agriculture Minister Alexander Tkachev had his visa application rejected, the ministry said in a statement Friday.

© CC BY 3.0 / Kbthompson / Russian Embassy Residence
Visas for Russian Envoys in UK in Line With Arrangements Agreed With Russia
MOSCOW (Sputnik) — Tkachev is on the EU sanctions list, which was introduced over the Ukraine crisis.

"Russia was planning to participate in the International Green Week fair, but the German Foreign Ministry refusing to allow minister Alexander Tkachev, included in the sanctions list, to enter Berlin automatically makes it impossible for the Russian delegation to participate in the forum," the statement read.

The ministry said that such steps benefited neither Germany’s agriculture sector nor the bilateral cooperation, adding that the European country had already lost over $1 billion due to the sanctions.

Moscow's relations with Brussels deteriorated in 2014 over the Ukrainian crisis, when the European Union along with the United States as well as several other countries imposed several rounds of sanctions against Russia, accusing it of meddling in Ukrainian internal affairs. Moscow has repeatedly denied the allegations.

In December, the European Union extended the economic sanctions against Russia for another six months until July 31, 2016.

Finnish Authorities Deny Asylum to Group of Refugees From Russia