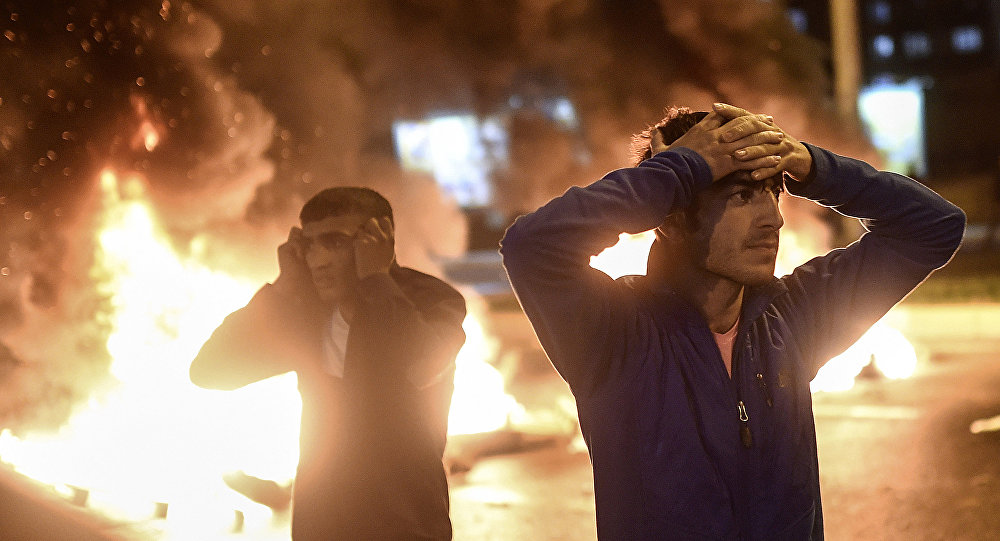 Turkey launched an investigation against 21 academics on Friday for signing a petition calling for cessation of military operation in the southeast of the country, with 12 of them detained, local media reported.

MOSCOW (Sputnik) — According to the Hurriyet newspaper, police of the Turkish northwestern Kocaeli province detained all of the academics who were present at their home addresses at the time of the operation. Police are reportedly searching for the remaining nine out of the 21 accused.

The scholars are reportedly being charged with "terrorist propaganda" and insulting the Turkish nation and the state.

© AFP 2019 / ADEM ALTAN
Scientific Point of View: Erdogan Wages War on Professors, Scholars Fight Back for Academic Freedom
The Academics for Peace petition has been signed by 1,128 local and international scientists. In his speech on Tuesday, Turkish President Recep Tayyip Erdogan referred to the signatories as to "poor excuses for intellectuals."

Violence in Turkey escalated in mid-2015, when the Turkish government launched a military campaign against the Kurdistan Workers' Party (PKK), which is outlawed in the country.