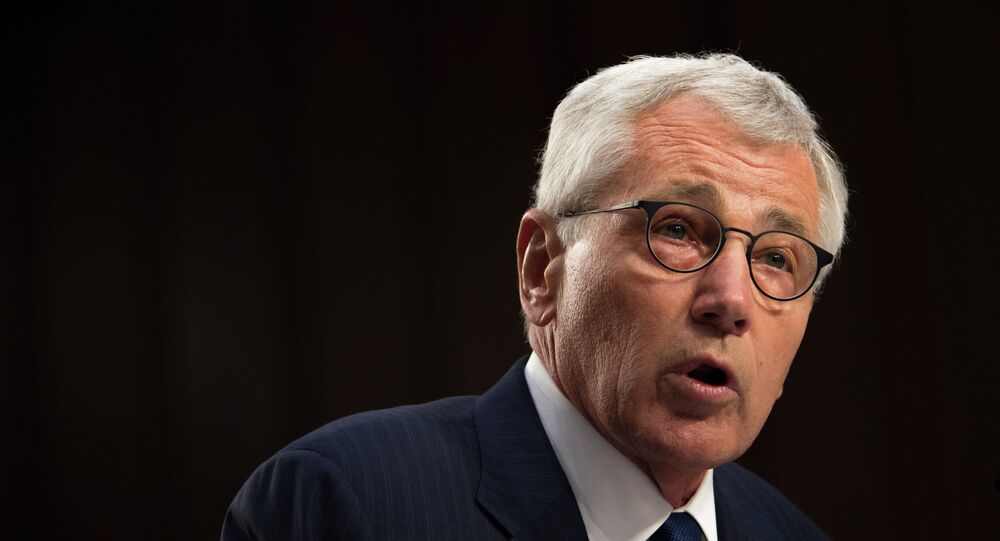 Former Secretary of Defense Chuck Hagel said that the US policy in Syria has been damaged by the initial demand that Syrian President Bashar Assad had to leave office.

© Sputnik / Alexei Druzhinin
Russia Can Play ‘Constructive Role’ With Assad in Syria Reconciliation
WASHINGTON (Sputnik) — The US policy in Syria has been damaged by the initial demand that Syrian President Bashar Assad had to leave office, former Secretary of Defense Chuck Hagel said.

"We have allowed ourselves to get caught and paralyzed on our Syria policy by the statement that ‘Assad must go’," Hagel said in a Wednesday speech at the Atlantic Council.

The former Defense Secretary argued that the US policymakers "never asked that question: what is coming after Assad."

The only resolution to the ongoing civil war and humanitarian crisis in Syria depends on a "platform of stability," Hagel maintained.

He noted that there no possibility of stability in the Middle East "unless the Russians, the Iranians, the United States and the Arab states are part of that."

The United States is currently working with Russia, Iran and numerous Arab states under the auspices of the United Nations to resolve the crisis in Syria. The International Syria Support Group is sponsoring meetings on January 25 between the Syrian government and opposition factions to achieve a political resolution to the five-year crisis.