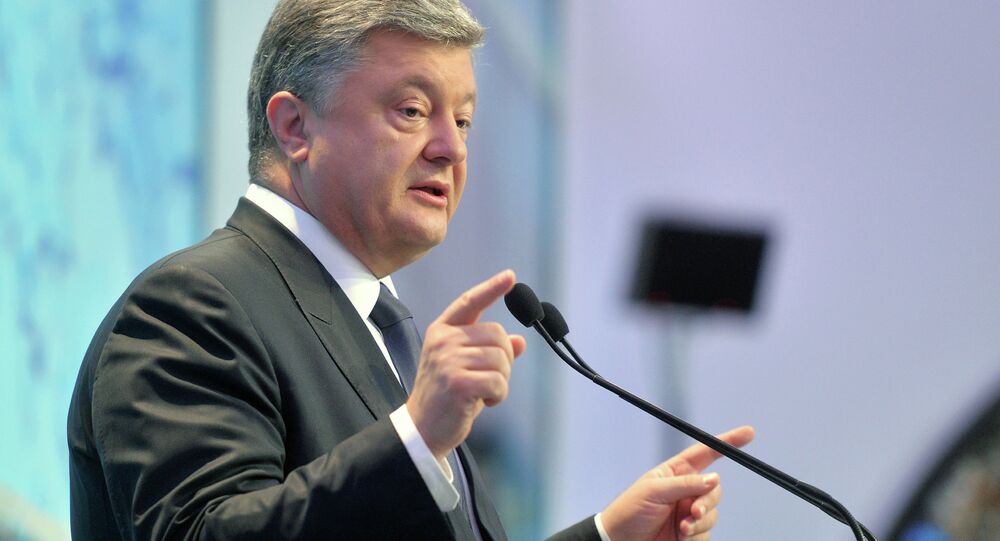 Ukrainian President Petro Poroshenko said that Ukraine would insist on setting exact time frame for the Minsk accords implementation in 2016.

Ukraine would insist on setting exact time frame for the Minsk accords implementation in 2016, Poroshenko said during his visit to the western Ternopil Region.

"According to him, the talks in the 'Normandy format' will be devoted to this issue," the president's press service said.

Poroshenko did not specify the date of the next Normandy format meeting.

© Sputnik / Sergey Averin
Normandy Quartet Notes That Arms Withdrawal in Ukraine Proceeds on Time
Kiev authorities launched a military operation against independence militias in Ukraine’s eastern Donbas region in April 2014. The confrontation has claimed over 9,000 lives, according to UN estimates.

In February 2015, the "Normandy format" including Russia, Germany, France and Ukraine worked out a ceasefire deal in Minsk later signed by Kiev and the Donbas militia.

On December 30, the leaders of the four countries agreed to extend the deadline for implementation of the Minsk agreements into 2016, without setting a new one.