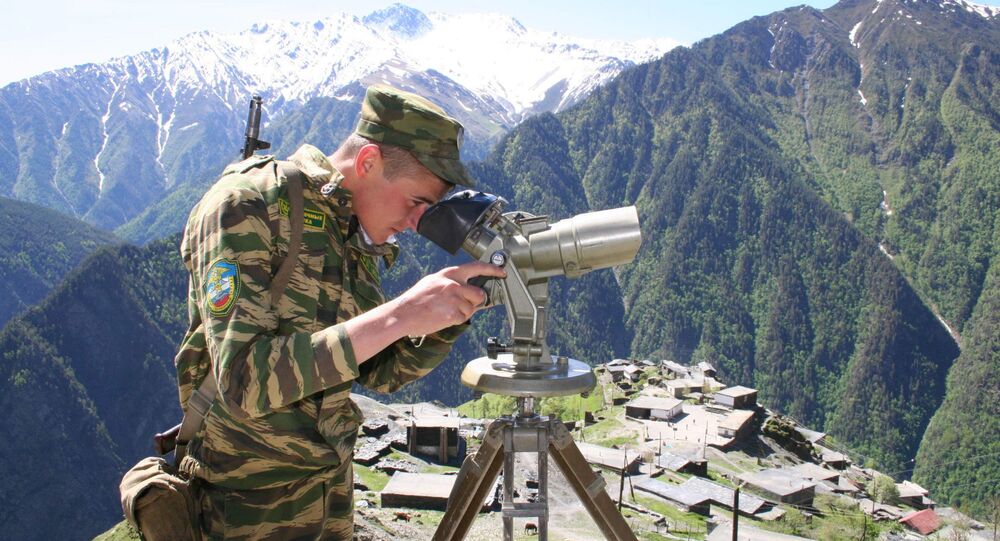 On Guard, or En Garde? How Russia Sees Security Risks South of Its Borders

In addition to Syria and the Middle East, and the smoldering conflict in southeastern Ukraine, the new year will see the Kremlin keeping a close eye on an enormous arc of potential instability to Russia's south, stretching from Istanbul to Xinjiang, writes Expert.ru journalist Gevorg Mirzayan.

In his analysis, published in respected business magazine Expert, Mirzayan starts off by suggesting that to a large extent, Russia's ability to maintain stability across this 'southern arc' will depend on finalizing its chosen vector of relations with Turkey.

"Of course, the optimum vector would be for the normalization and stabilization of relations, even if strategic partnership is now out of the question. Nevertheless, good-neighborly relations, the development of economic ties and a certain level of cooperation in the Caucasus and in the direction of Europe are still possible to recover."

"The problem," Mirzayan suggests, "is that interfering with this vector is Turkish leaders' inability to simply apologize for the downed Su-24. Ankara realized long ago that it has committed not just a mistake, but a crime against its own national interests by shooting down the plane, but Recep Tayyip Erdogan's pride prevents him from apologizing."

© REUTERS / Christian Hartmann
Turkey 'Painting Itself into a Corner' After Conflict With Russia
"The Turks are now trying to show humility and restraint, hoping that Vladimir Putin will rage for a while and then replace anger with mercy. However, judging by his statements at his big press conference last month, the Russian president is looking at the situation very seriously. Apparently, his Turkish counterpart derailed some very important agreements with Moscow."

"However," the analyst continues, "if a policy of cooperation will not be possible, a clear course of confrontation aimed at weakening Ankara to the maximum extent possible would also make Russia's life easier. At the minimum, the Kremlin is developing its strategy to remove Ankara's influence in several regions which are of key interest to Russia – the Caucasus and Central Asia, and will be looking to implement it without regard for any hopes about a renewed partnership with Ankara. By all appearances, the indicator of the strategy will be Russia's bid on the development of close relations with the Kurds –both Turkish and Syrian."

In the Caucasus, Mirzayan notes, there are two possible sources of instability: the frozen Armenian-Azerbaijani conflict and the future of Russian-Georgian relations.

"On the first issue, a significant role might be played by Turkey and Turkish interests. It's no secret that Moscow is doing all it can to avoid the 'unfreezing' of the Armenian-Azerbaijani conflict over the Nagorno-Karabakh region. With this in mind, it is a) negotiating with Baku and Yerevan, and b) attempting to develop measures to deescalate the situation."

© Sputnik / Grigoriy Sisoev
Russian Military Bases Abroad: How Many and Where?
Ankara, the analyst warns, may try to convince Azerbaijan's leadership that there is an alternative to the uneasy peace over the breakaway republic, by indicating that "Turkey is ready to abandon its former moderate policy on the Armenian question."

If before, "the Turkish government worked not only not to inflame the Karabakh conflict, but on the contrary, attempted to freeze it and even to normalize relations with Armenia, for the sake of cooperation with Russia," now, Ankara "could push Baku toward escalation. Of course, this would be a bluff, and would cause serious problems for Erdogan with his European partners, but it could encourage the Azerbaijani president to cross certain red lines, thus turning a serious problem for Moscow."

© Sputnik / Vladimir Fedorenko
Russia Ready to Restore Diplomatic Relations With Georgia - Deputy FM
The second issue is Georgia. "Yes, Russian-Georgian relations are now in the process of normalization, but the onset of the Ukrainian crisis and both sides' inability to demonstrate political will to make difficult decisions has led to the stagnation of the process." The danger, Mirzayan suggests, is not one of military conflict, but "that the process of normalization could be derailed."

"After all, this is not just an issue of an attempt to improve relations with a small country with a population smaller than the city of St. Petersburg. It is about setting a possible precedent in forming an effective modus vivendi with a country of the former Soviet Union which has chosen the Euro-Atlantic course."

Finally, according to the analyst, "the most important link among the 'southern arc of instability' is, of course, Central Asia. Yes, today there are no open conflicts requiring an immediate solution (as in the case of Turkey), but the region faces internal processes of erosion," which threaten to give birth to political crises, "complicated by the general socio-economic problems there. Here, the Kremlin will have to deal with two processes at the same time: to freeze the crisis, and to create new foundations for statehood. The task, to put it mildly, is not an easy one."

© Sputnik / Vladimir Pirogov
Russia Actively Rearming Kyrgyz Army Against Daesh Threats
"The irony," Mirzayan suggests, "is that eliminating the causes of the erosion is not much easier [than dealing with crises after the fact]. Complications in the political situation are caused neither by Daesh, nor by Turkey, with its pan-Turkic ambitions. They are caused by the inefficiency of the region's states. This lies not in their authoritarian tendencies (history knows authoritarian regimes which successfully led their people on the path of progress), but on the inadequacy of local elites. They are afraid of progress because they do not want to or are unable to adapt to their changing societies."

And "the policy of conservation," the analyst warns, "could lead to revolutions, possibly of an Islamist character, given the realities of the region." Ultimately, Moscow, for its part, "will have to engage in stimulating the evolution of Central Asian governments, something which in itself risks complicating relations with them." The Kremlin, Mirzayan hopes, will be morally and politically prepared to take the necessary measures.

Cooperation With Russia Crucial for Anti-Terror Efforts in Central Asia