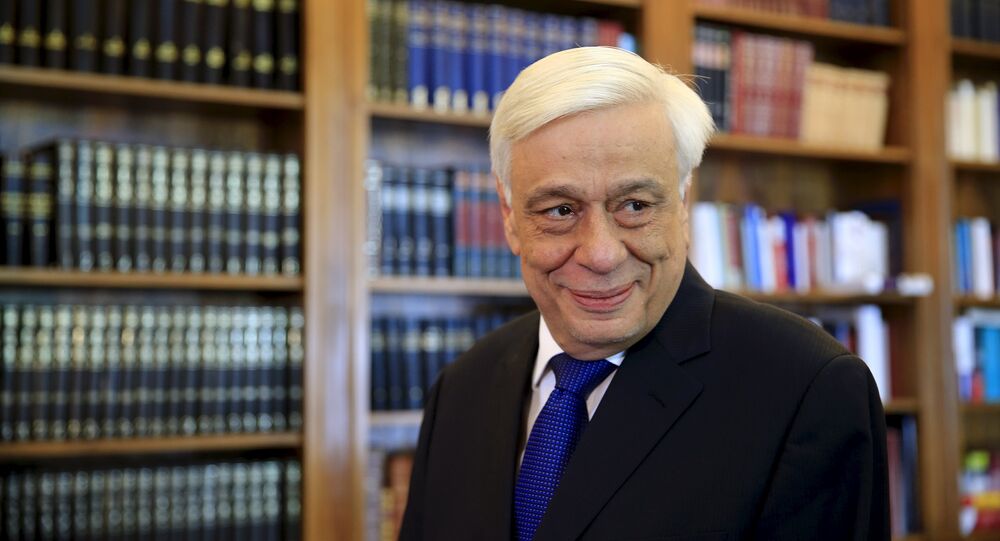 Greek President to Meet With Putin, Medvedev in Moscow Next Week

© AFP 2020 / LOUAI BESHARA
Russia, Greece Discuss Syrian War Settlement – Russian Foreign Ministry
ATHENS (Sputnik) – Pavlopoulos is expected to arrive in Moscow on Friday and to stay through Saturday, January 16, the ERT radio reported. The president is also expected to meet with representatives of the Russian business community, according to the radio station.

The visit is aimed at further improvement of relations between Greece and Russia, and is also associated with the cross-cultural year between Russia and Greece, the media reported.

Relations between Russia and the European Union went downhill in 2014, when Brussels joined Washington in accusing Moscow of fueling the Ukrainian crisis, imposing economic sanctions as a punitive measure.

The Russian authorities have refuted the allegations, warning that the Western sanctions are counterproductive. In response to the Western restrictive measures, in August 2014 Russia announced a one-year food embargo on products originating in states that imposed sanctions. The ban has since been extended for another year.

In November, Greek Prime Minister Alexis Tsipras called on the European Union to stop "the vicious circle" of anti-Russia sanctions.

Plan B: Russia May Use New Aid Flight Routes to Syria Bypassing Greece