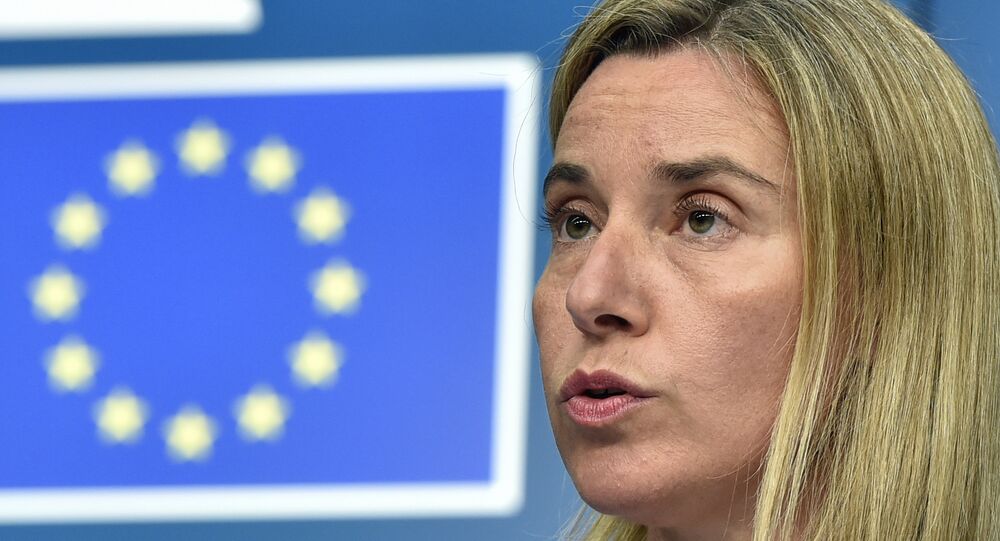 The European Union is ready to provide Libya with and aid package of 100 million euros (about $109 million) once a unity government starts operating in the country, EU foreign policy chief Federica Mogherini said.

MOSCOW (Sputnik) – Mogherini said that security remains the main challenge in Libya, stressing that unity is the only way to ensure peace in the country.

"The European Union has prepared a support package for Libya of 100 million euros that is immediately available on projects that will need to be discussed with the government of national accord from the first day of its coming into power," Mogherini told journalists after a Friday meeting with designate prime minister of Libya’s Government of National Accord Fayez Serraj in Tunis.

There are currently two opposing governments in Libya: the internationally-recognized Council of Deputies based in Tobruk and the Tripoli-based General National Congress (GNC).

Multiple Deaths Reported After New Car Bomb Explosion in Northwest Libya
In December 2015, the sides struck a UN-brokered accord in the Moroccan city of Skhirat to form a national unity government.

The United Nations presented its list of Government of National Accord candidates for Libya in October, proposing Fayez Sarraj as the prime minister.

The instability that has plagued Libya since 2011 facilitated the emergence of numerous militant groups in the country, particularly Daesh, which has been carrying out attacks on Libya’s oil infrastructure.