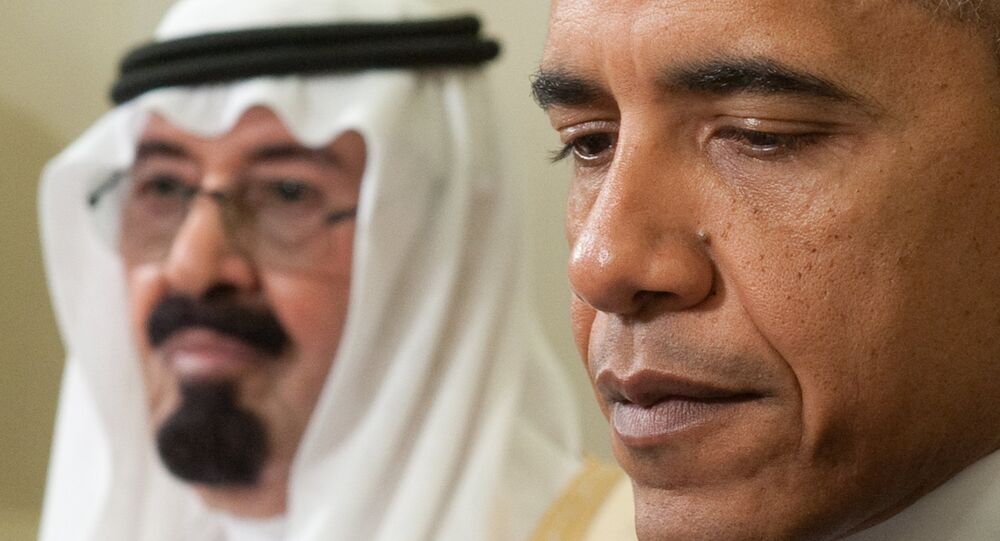 Washington has long played the role of a "bodyguard" for Saudi Arabia. However, recent events have showed that Riyadh is not supportive of the United States, but rather harming its interests, Ali Al-Ahmed, an expert at the Institute for Gulf Affairs in Washington, said.

© AFP 2021 / YURI GRIPAS
Divorce in the Making? 'Troubled' US-Saudi Relations 'Bending Toward a Breaking Point'
According to the expert, Riyadh is not a friend of Washington, but rather a burden to it. Saudi Arabia helped the Americans on several occasions and after that received everything it wanted.

At the beginning, both countries might have had common interests. While the Saudis used the relationship with the US to achieve its regional and global objectives, the American economy profited from Saudi's cheap oil.

Moreover, Saudi Arabia played an important role in the fight against communism in Afghanistan where it helped the US to overthrow the secular regime, backed by the Soviet Union.

© AFP 2021 / ISNA / MOHAMMADREZA NADIMI
US Reaction to Saudi Executions Weaker Than Condemnation of Iran, Syria - Rights Group
"After Saudi billions backed thousands of Saudi nationals to fight the Red Army in Afghanistan, the U.S. was so grateful it gave Saudi Arabia virtually everything it asked for," the expert wrote in his article for New York Times.

Since then, the United States started playing the role of a "bodyguard" for Saudi Arabia, helping it to intimidate its regional rivals, including Iran.

Since late 1970s, America has fought several wars in the Middle East while "the Saudis watched from the bleachers, cheering but extending nothing more than a large check," the expert wrote.

According to Al-Ahmed, Washington should stop to unconditionally supporting Riyadh, because such a close alliance with the country that supports terrorism and demands US intervention in other countries in the region seriously damages their interests.

"America's needs in the Middle East are evolving from the supply of crude oil to combating violent extremism and ensuring genuine regional stability. The Saudis aren't meeting or supporting these needs, which makes them a burden, not a friend," the author concluded.