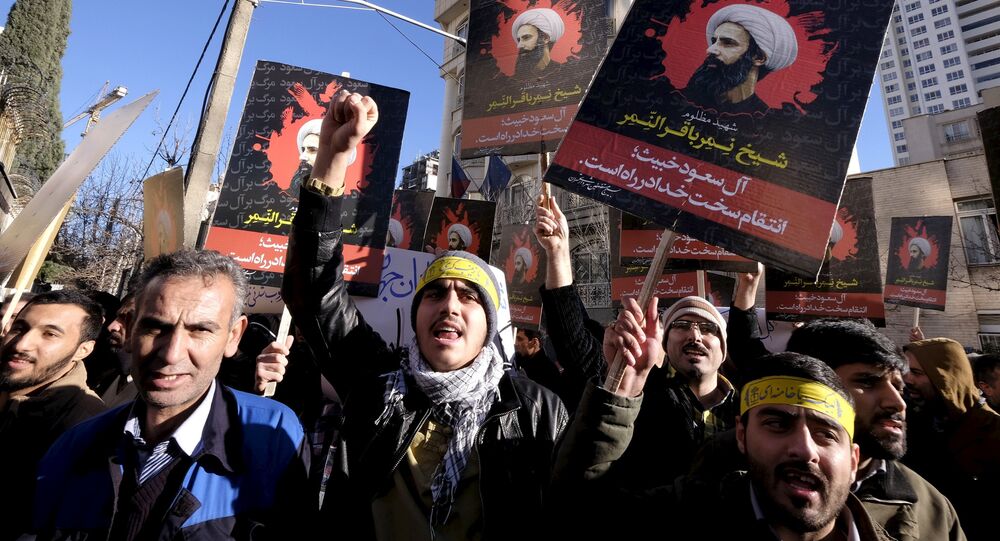 The Omani Foreign Ministry said on Wednesday the recent attacks on Saudi diplomatic missions in Tehran and the northeastern city of Mashhad were "unacceptable."

DUBAI (Sputnik) — On Sunday, protesters attacked the Embassy of Saudi Arabia in Tehran and the country's General Consulate in Mashhad, following the Saturday execution of a prominent Shia cleric by Saudia Arabia.

"As the Sultanate [of Oman] considers this action to be unacceptable; it emphasises the importance of establishing new norms prohibit any form of interference in the internal affairs of other states in order to achieve stability and peace," the statement by the ministry said.

© REUTERS / Hamad I Mohammed
Escalating Row: Syria May Fall Victim to Saudi-Iranian Conflict
The statement added that the attacks were a violation of international law, confirming the inviolability of diplomatic facilities and their protection by the host country.

A diplomatic row erupted late Sunday after Saudi Arabia broke off ties with Iran over the attacks. Sudan and Bahrain followed suit and cut diplomatic ties with Iran, while the United Arab Emirates said it would scale back its diplomatic relations with Tehran. Kuwait recalled its ambassador from the Iranian capital amid the row.

One of Saudis Princes Cancels Planned Investments in Iran