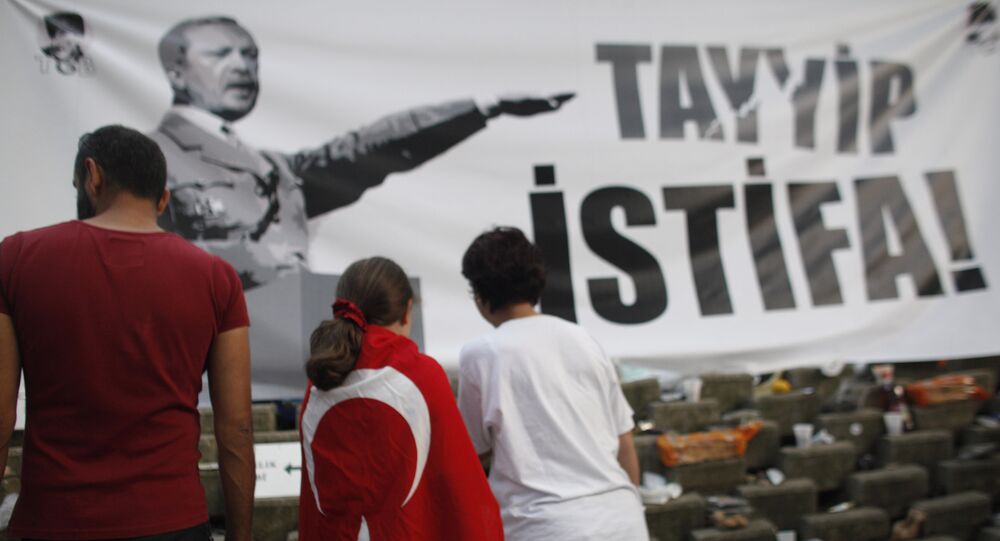 Turkish President Erdogan seeks to expand his powers, which may deal a serious blow to democracy in the country.

"There are such examples in the world and there have been such examples in the past. When you look at Hitler's Germany, you will see it," Erdogan said during a press conference when asked whether the presidential system was able to maintain the unitary structure of the state.

The Turkish president had said earlier that the authorities may hold a referendum in order to amend the country’s constitution and switch to a presidential form of government.

"If it was a statement made by a democratic figure, it would be treated as a gaffe or bad joke in poor taste. But for the authoritarian Erdogan, it's a rare instance of his honesty, showing how the strongman really feels," Tures wrote for the Huffington Post.

He also dismissed the claims made by the Erdogan government that the president's remarks were misconstrued.

"Of course, in Erdogan's Hitleresque state, it would be a crime to suggest that Erdogan admired Hitler. Ironically, you could even be marched off to prison, for suggesting that Erdogan is authoritarian," Tures quipped.

Despite the ruling AKP party’s victory in the November elections, Erdogan is still unable to muster enough votes to obtain the power he craves. Therefore, he seeks to obtain these powers via a referendum which would grant him and his family the ability to govern Turkey indefinitely "in a most undemocratic manner."

"Should the United States break diplomatic relations with Erdogan's regime, help Turkey's civil society, review possible cuts to US military aid to Turkey's government, or consider "smart sanctions" against Erdogan and his family? Erdogan's admission of admiration for Hitler demonstrates that doing nothing will not help the problem, any more than it did in the 1930s," Tures concludes.

Pro-Kurdish Party Should ‘Pay Price’ for Calling for Anatolia Autonomy