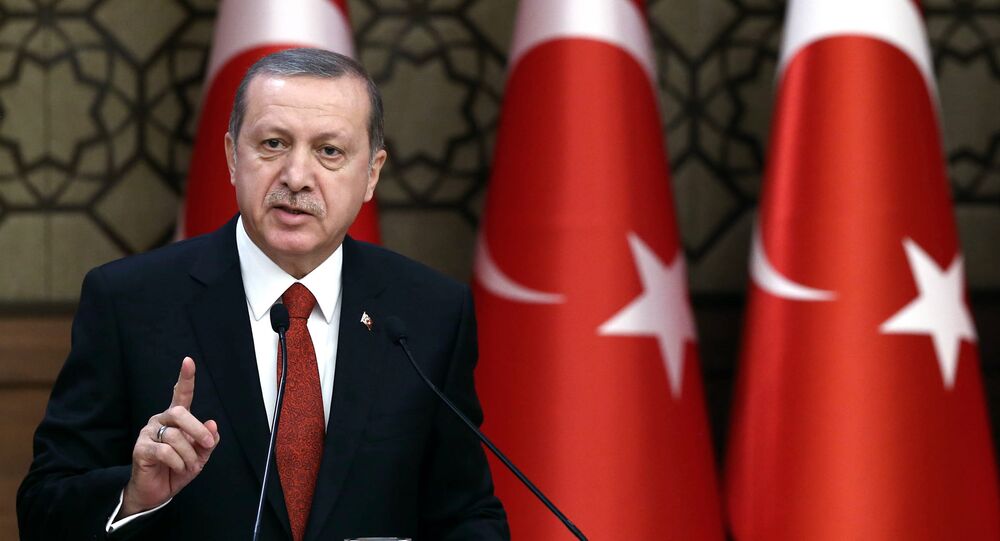 Germany under the leadership of Adolf Hitler was an example of a presidential system able to maintain unitary nature of the state, according to Turkish President Recep Tayyip Erdogan.

© AP Photo / Francois Mori
Erdogan's Ego Could Push NATO 'To Go to War Against Russia'
MOSCOW (Sputnik) — Turkish President Recep Tayyip Erdogan said that Germany under the leadership of Adolf Hitler was an example of a presidential system able to maintain unitary nature of the state, local media reported Friday.

During the recent Erdogan's press conference, the Turkish leader was asked if the presidential system was able to maintain the unitary structure of the state.

"Yes, there are no reasons not to have presidential system in an unitary state. There are such examples in the world and there have been such examples in the past. When you look at Hitler's Germany, you will see it," Erdogan told reporters, as quoted by T24 online news portal.

He added that there were other examples of such presidential systems in other countries.

Erdogan has broad powers in Turkey as the country's president. He can appoint ministers, including the prime minister, promulgate laws, ratify international treaties and appoint members of the Constitutional Court. His presidency is also backed with the support of the country's parliament, controlled by Erdogan's Justice and Development Party, which gained a majority at the November 1, 2015 snap elections.