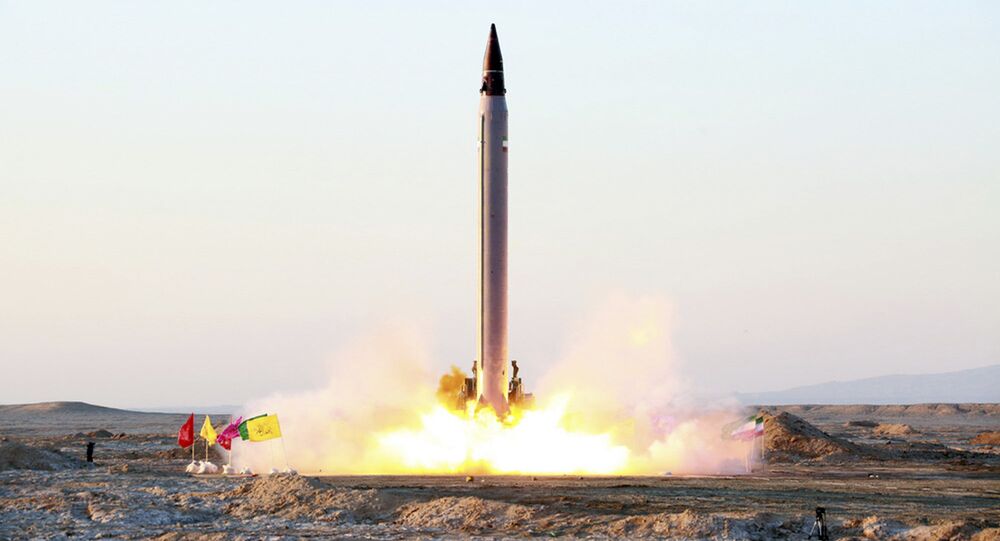 The Wall Street Journal reported Wednesday, citing an unnamed source close to the Obama administration, that Washington was preparing fresh sanctions against firms and individuals in Iran, Hong Kong and the United Arab Emirates over alleged links to Iran's nuclear program.

"In a decree to Iran’s defense minister Brigadier Hossein Dehqan on Thursday, Rouhani ordered an acceleration in Iran’s program for production of "various types of missile" needed to improve the defense capabilities of the country," PressTV said.

© AP Photo / Ronald Zak
Stab in the Back? Tehran Slams US Plans to Impose New Anti-Iran Sanctions
Earlier in the day, the Iranian Foreign Ministry condemned alleged US plans to impose additional sanctions against Tehran calling them "illegal."

Washington's restrictions could be the first sanctions imposed on Tehran since Iran had reached a historic deal with the P5+1 group, including the United States, Russia, China, France, the United Kingdom and Germany in July. The agreement between Tehran and the P5+1 states guarantees the peaceful nature of the Iranian nuclear program in exchange for the lifting of sanctions imposed on the country.

Russia to Launch Construction on Nuclear Reactors in Iran Next Week