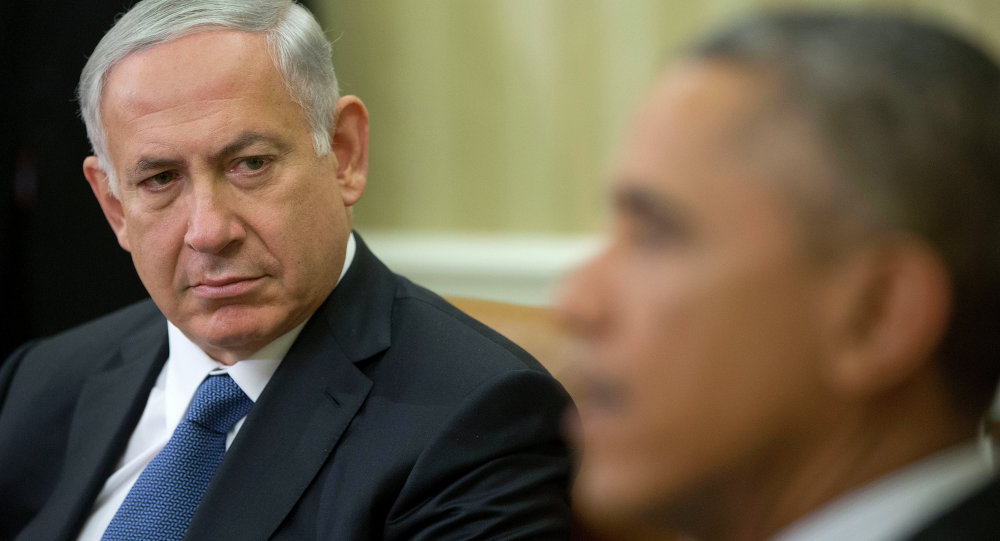 MOSCOW (Sputnik), Alexander Mosesov — On Tuesday, the Wall Street Journal reported that the NSA had eavesdropped on conversations between Israeli and US officials in order to figure out how to counter Netanyahu's campaign against the deal with Iran on its nuclear program.

"Netanyahu was compromising the conclusion of a strategic agreement [on Iran's nuclear program] that saw the involvement of a number of European countries that came to the general conclusion that it [the deal] would be better for the world community… I guess that his [Netanyahu's] impudent behavior towards [US President Barack] Obama, and attempt to disrupt the Iranian agreement until the last minute, led to this [NSA spying]," Alla Shainskaya said.

The NSA wire tapped conversations between Netanyahu and his aides, US and Israeli officials, as well as American-Jewish groups, according to former and current US intelligence and administration officials.

© AP Photo / GALI TIBBON
US-Israel Alliance Unshakable Even by Iran Deal - Netanyahu
On July 14, Iran and the P5+1 group comprising of the United States, Russia, China, France and the United Kingdom plus Germany, signed a nuclear agreement also known as the Joint Comprehensive Plan of Action. The agreement guarantees the peaceful nature of Iran's nuclear program in exchange for sanctions relief.

Netanyahu has been a staunch opponent of the Iran nuclear deal, and his stance has caused much disagreement with the United States. The prime minister repeatedly warned that concessions offered to Tehran as part of the nuclear deal would endanger stability in the Middle East and Israel’s national security.