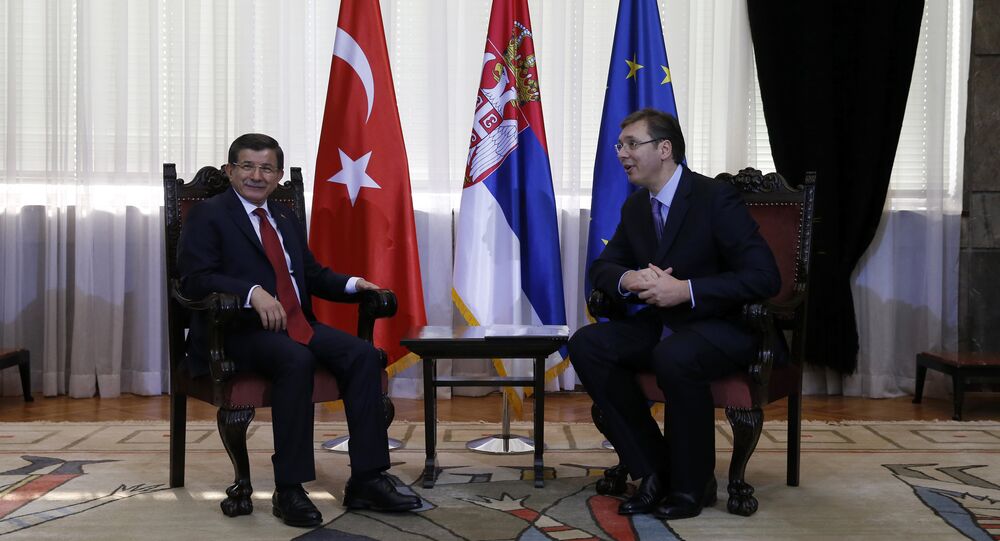 Turkish Prime Minister Ahmet Davutoglu has called on Serbian President Tomislav Nikolic to assist in normalization of relations between Ankara and Moscow, Nikolic's press service said in a statement on Tuesday.

BELGRADE (Sputnik) — Moscow's relations with Ankara deteriorated after a Russian Su-24 aircraft was downed on November 24 by a missile fired from a Turkish F-16 fighter over Syria in response to an alleged violation of Turkish airspace. Russia introduced a set of restrictive measures against Turkey in response to the downing of the aircraft, which it said never crossed into Turkish airspace.

"He [Davutoglu] has called on Serbian President Tomislav Nikolic to assist in a dispute with Russia and expressed him Turkey's intention to have normal relations with this country, and the president gladly agreed," the statement reads.

Davutoglu arrived in Serbia on Monday for a two-day visit. He told Serbian Prime Minister Aleksandar Vucic that Turkey was not afraid of sanctions, but both Ankara and Moscow would suffer losses if restrictions continue.