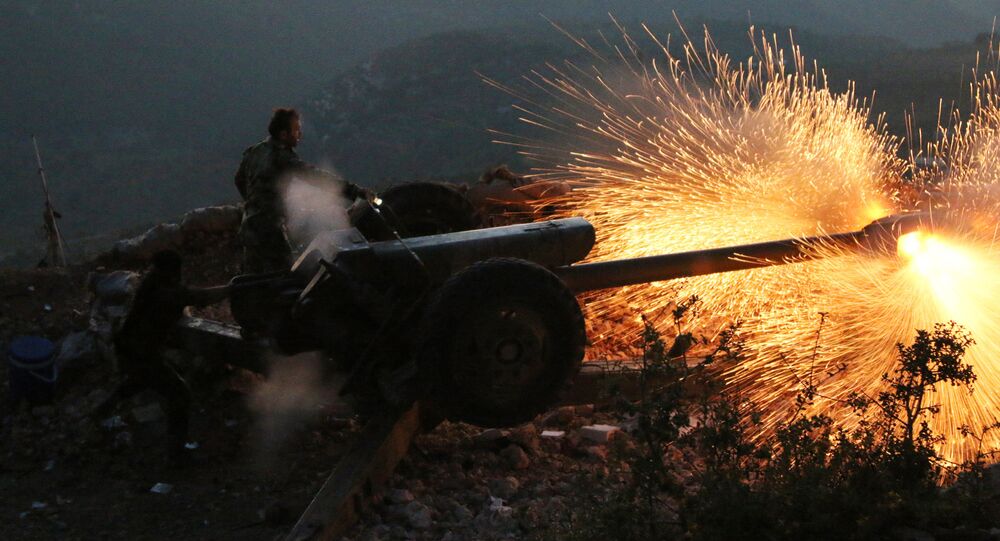 Washington has succeeded in its efforts aimed at bringing peace and security to Syria this year, US State Department spokesperson John Kirby wrote in the agency's official blog, but reality on the ground is grimmer while the positive change could hardly be attributed to the US or the US alone.

Kirby tried to sum up America's diplomatic achievements across a range of issues, including Iran nuclear deal, Ebola and climate change, using a Twitter hashtag #2015in5words. "Bringing Peace, Security to Syria" is what he believes the US helped to achieve in the war-torn Arab country this year.

"The five words State used to describe the past year seem at the very least inappropriate and at the worst delusional," journalist David Francis observed. The US hardly brought "any significant 'peace' or 'security' to the Syrian people."

It is hardly enough for the country devastated by nearly five years of war and torn apart by countless radical and terrorist groups. The conflict has claimed the lives of approximately 250,000 people and the death toll continues to climb.

"More than 11 million refugees have left the region, many of whom swelled onto European shores in the fall of 2015; it's not clear how many will ever get asylum in Europe, or elsewhere around the world, including in the United States," Francis detailed.

"The conflict in Syria has continued to unfold in tragic ways over the course of 2015," Kirby himself acknowledged in the blog post.

Despite these trends, there are positive developments that could eventually lead to sustainable peace in the country. The UNSC resolution is one of them. Damascus' recent victories on the battlefield, made possible by Russia's counterterrorism campaign in Syria, also play crucial role in bringing stability and peace to the country.