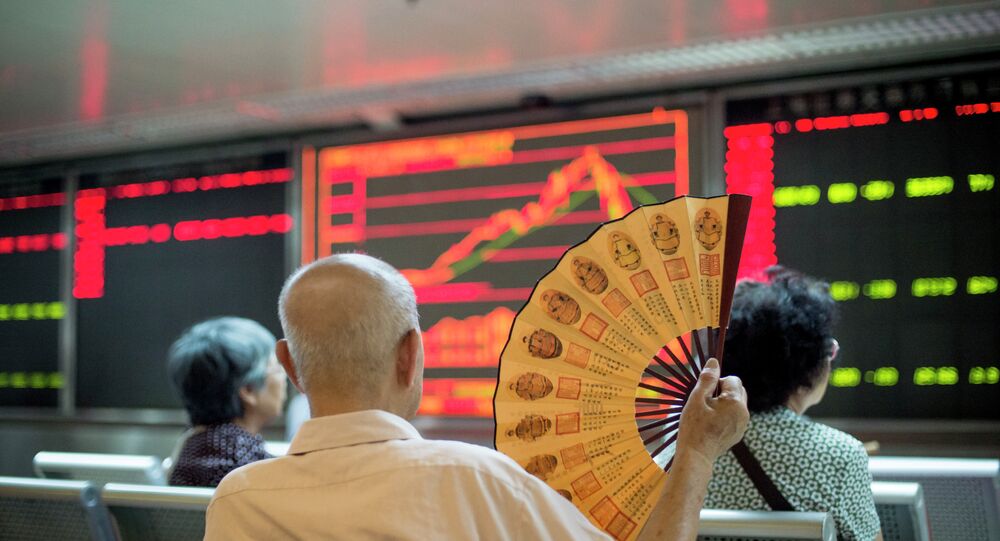 While Washington's assortment, provided to the world, includes wars and color revolutions, the Chinese offer an impressive array of international infrastructure initiatives, F. William Engdahl writes, adding that he prefers peaceful building projects to the destructive ones.

The world is moving away from wars, American-German researcher, historian and strategic risk consultant F. William Engdahl believes, expressing his confidence that the rapid technological development and impressive reconstruction projects in the East would save humankind from mass death and destruction.

"China is moving forward with an impressive array of major international infrastructure projects, including with Russia and the other states of the Eurasian Economic Union, even on to the European Union. Beijing is, with customary Chinese speed, linking its economy by land and by sea lanes to all Eurasia, from the East China Sea to the Black Sea, from the Malacca Strait to the Gulf of Finland, to Piraeus in the eastern Mediterranean," the historian writes in his recent piece for New Eastern Outlook.

© Sputnik / Aleksey Babushkin
China Moving to Russian Oil As Saudi Supply Leaves Bad Taste
Engdahl recalls that for centuries China had been called "Zhongguo," or "the center of civilization." The country may well become that again if it continues to follow the path promoted by Chinese President Xi Jinping, the researcher deems.

Indeed, Beijing has launched a number of ambitious projects engaging East Asia, the EU, Africa and even Latin America.

The historian points out that during the December Forum on China-Africa Cooperation (FOCAC) in Johannesburg, South Africa, Xi Jinping announced that Beijing would provide African countries with $60 billion in financial aid and loans.

"Will it benefit Chinese interests? Of course, and why not? Will it benefit Africa? Yes, again. Unlike NATO's endless wars, construction of infrastructure — railways, water navigation, electric power grids, lifts people up and enhances peace and stability," the researcher underscores.

Besides expanding its influence in Africa, China is establishing deeper economic ties with European countries as a part of its One Belt, One Road initiative.

© AP Photo / Damian Dovarganes
2015 in Review: China Ascendant, Growing Comfortably Into Role as Superpower
The initiative is intended to "place China firmly" into the large EU markets, linking the East and the West of the Eurasian continent through a vast network of high-speed railways and maritime routes. On the other hand, the initiative opens up a "golden opportunity" for the countries of Central and Eastern Europe, frustrated by the ongoing economic difficulties.

By doing this, Beijing is actually throwing its hat in the ring as Washington's competitor in Europe: the US regards the EU as its own backyard.

"Beijing knows it's merely a matter of time before the warhawks in Washington and Wall Street target China too," Engdahl remarks, adding that the Chinese government has few illusions about Washington's geostrategy.

He who hesitates is lost and Beijing knows this perfectly well. The country is moving forward, outstripping its Western rivals.

China has become the world leader in building high-speed rail lines, constructing more than 20,380 km of high-speed tracks over the past decade with another 16,775km (10,424 miles) domestically under construction or in planning.

© AP Photo / Andy Wong
How Will China Participate in Syria Crisis Settlement?
"China is the world address in rail infrastructure today, while the West, led by the pathetic rail construction record of the USA, falls farther and farther behind," Engdahl notes, pointing to the fact that Beijing envisages the construction of a Hungary-Serbia high-speed railway.

In addition to exporting "Chinese rail technology" to Europe, Beijing intends to invest in constructing and upgrading port facilities in the Baltic, Adriatic, and Black Seas.

However, the Chinese's ambitions are far more grandiose, according to the historian: they aim to "disentangle the Eurasian countries from the destructive and bankrupt Dollar System."

"Little wonder that Washington and the American oligarchs fear they are losing control of the world. China, especially in concert with Russia and the Eurasian states are leading an economic renaissance of a scale not seen in more than a century," Engdahl underscores.

But what can Washington offer instead? Wars, more wars and another series of color revolutions.

"For my side, I infinitely prefer the peaceful building projects to the destroying ones," the historian concludes.