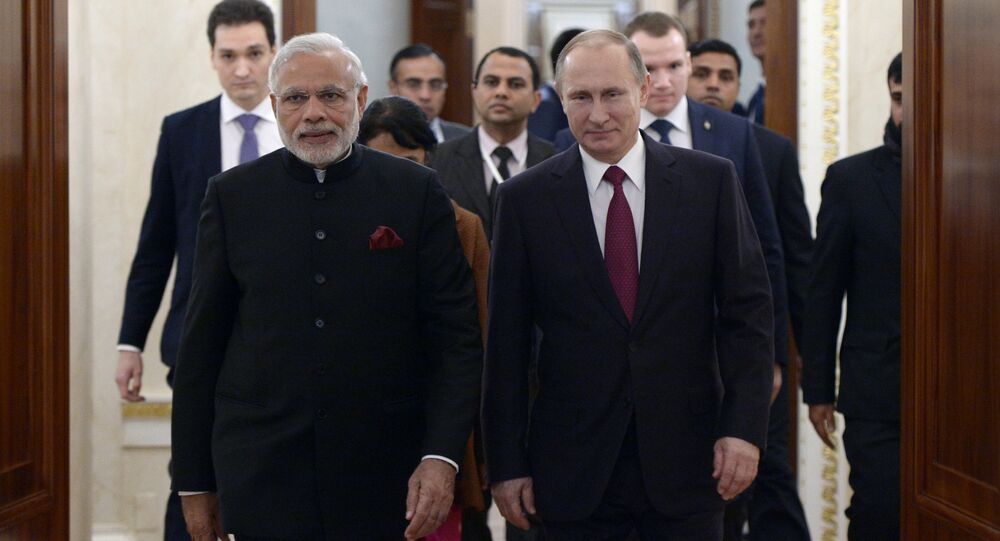 MOSCOW (Sputnik) — On Wednesday, Modi arrived in Moscow for a two-day visit to hold talks with Putin on a range of bilateral issues, including transport, trade, energy, and the economy.

"Under your leadership, despite the opposition against Russia, you have raised your country to a qualitatively new level… I praise your personal leadership in this process," Modi told the Russian president.

The Indian prime minister also extended his condolences in connection to the Russian A321 crash in Egypt in October and the downing of a Russian Su-24 aircraft by a Turkish fighter jet in Syria in November.

In return, the Russian leader noted the progress being made in interparliamentary relations and intergovernmental commissions between the two states.

Putin and Modi's meeting is expected to result in the signing of a number of documents aimed at increasing trade and economic cooperation between the sides.

Obama 'Trying to Do Whatever He Can' to 'Defeat Putin'