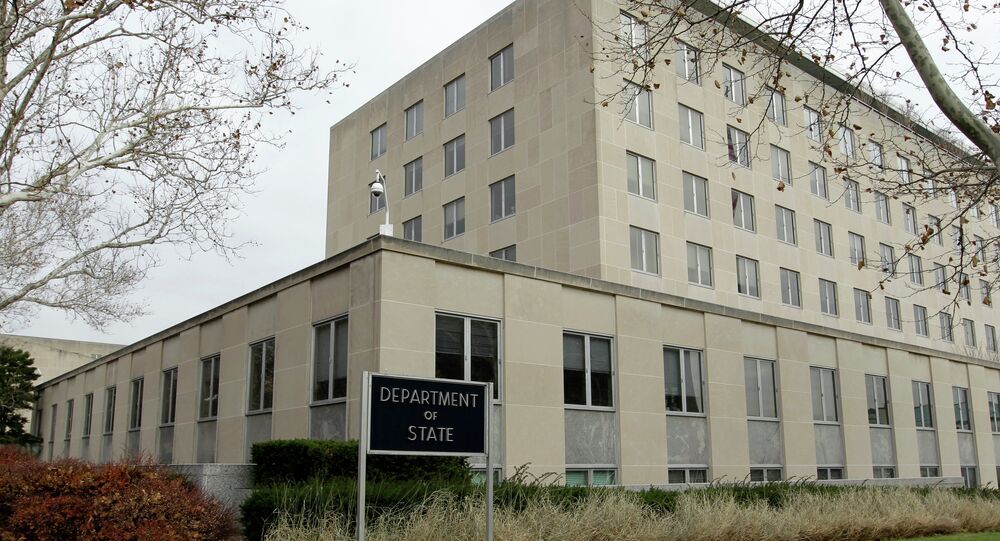 US State Dept Vows to Continue Central Asia Dialogue in 2016

Rosenblum told reporters in a telephone briefing that 2015 was a "breakthrough" year in cooperation with the Central Asian region.

Rosenblum stressed that the diplomats agreed to meet again next year.

At the same time, the US recognizes the adverse effect anti-Russia sanctions had on the Central Asian economies.

Both the United States and the European Union extended their economic sanctions targeting Russian individuals and entities this week.

Rosenblum told reporters in a telephone briefing Washington's measures were not targeted at the five former Soviet republics, although the White House understood the impact they had on the Kazakh, Kyrgyz, Tajik, Turkmen and Uzbek economies.

The diplomat vowed to continue economic cooperation with the Central Asian countries through existing development programs.

Rosenblum told reporters in a phone briefing on Wednesday that his administration anticipated no opposition to the treaty's ratification in 2016.

The CANFWZ was signed in September 2006 in Kazakhstan and ratified by the five former Soviet republics three years later.

All five permanent UN Security Council members signed a protocol to the treaty in 2014, which the United Kingdom and France ratified this year.