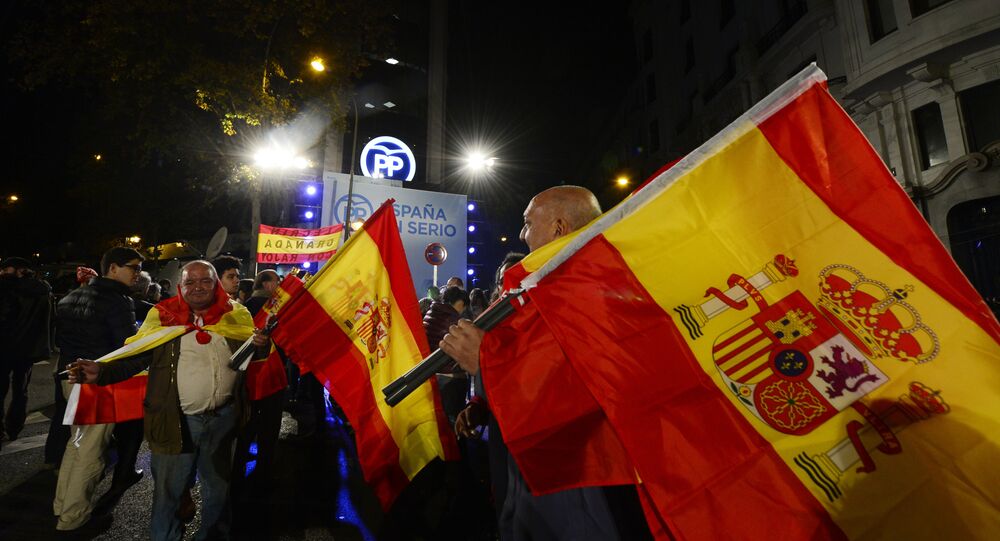 "In many European countries the presence of political forces in Parliament is diverse because it represents the whole society, and therefore the formation of a government is always the result of dialogue and pacts," Lopez de Uralde said, stressing that the exclusive rule of PP and PSOE became a history.

© AFP 2020 / Pedro Armestre
A New EU Rebellion? Spanish Election Results to Cause Headaches in Brussels
He added that in order to set up a cabinet, the political forces who entered the government "will have to discuss and agree" and the new Spanish political system "is not ungovernable."

Podemos party, founded in 2014, campaigned on a platform that calls for renegotiating unpopular austerity measures that the European Union pressured the Spanish government to adopt in 2012.