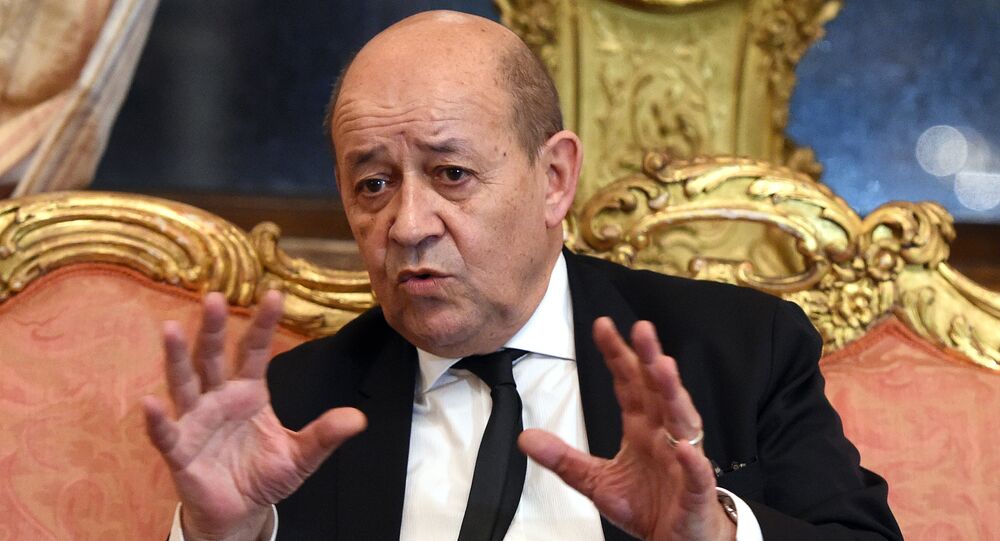 The French mainstream media distorted the overall tone of a meeting between Russian Defense Minister Sergei Shoigu and his French counterpart Jean-Yves Le Drian who met on Monday in Moscow.

Thanks to AFP, the warm and friendly session between the two historic allies was interpreted as a rather cold, pragmatic meeting.

The art of picking and choosing selected quotes made it seem as if France and Russia weren't talking about forming an alliance, but rather "coordinating" their efforts in the fight against Daesh (Islamic State). In short, the French media put a spin on the story emphasizing only military cooperation and not the alliance. Everything was done to highlight the "business-only" side of the meeting.

But in reality the opposite was true. If one sees a video from the meeting, the tone set by Shoigu and Le Drian was nothing close to being a cold, business-like meeting.

"I'd like to express our warm emotions when we saw many Muscovites coming to show their solidarity with our country in front of the French Embassy following the terrorist attacks on November 13. I wanted to share these warm feelings with you," the French Defense Minister started his official talk with.

© AP Photo
Russia, France See Daesh as Common Foe, Concerned Over Terrorism in Africa
Le Drian also spoke about the importance of honoring the 70th Anniversary of the Victory over Nazi Germany in World War II. "We had a long history and [joint] victories," Le Drian told the Russians, adding that before the meeting he paid tribute to the Tomb of the Unknown Soldier near the Red Square.

"Whatever circumstances are, it's important that we talk together because of our shared history," Le Drian said.

Besides this the two ministers agreed to coordinate bilateral efforts in the fight against terrorism.

One could ask perhaps the tone of the meeting was somehow lost in translation? Probably not, as Le Drian spoke French, not Russian. One could only wonder how the French media missed out on this.