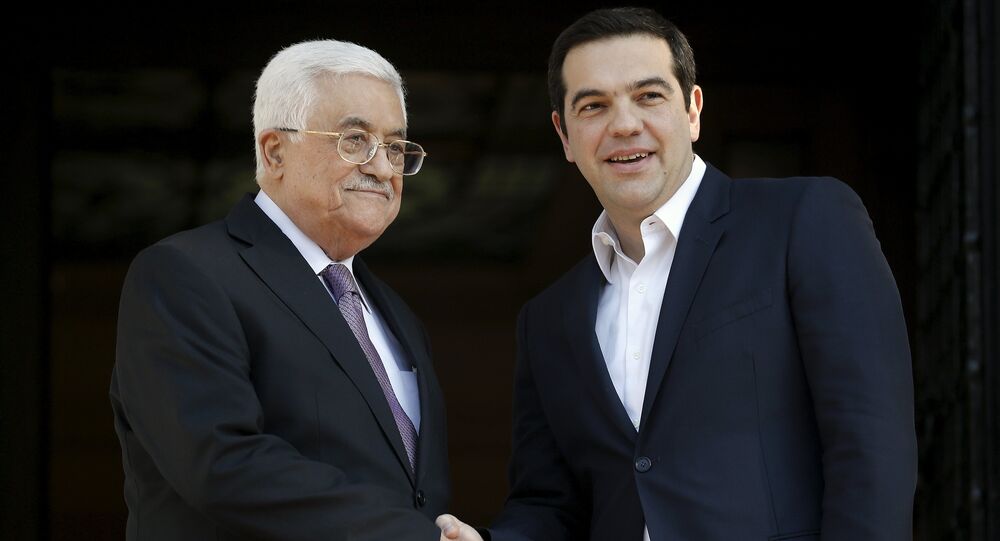 The Greek parliament on Tuesday adopted a resolution recognizing the State of Palestine, a RIA Novosti correspondent reported.

ATHENS (Sputnik) — Greek Parliamentary Speaker Nikos Voutsis read the text of the resolution and asked those lawmakers who supported it to rise. Lawmakers voted in favor of recognizing Palestine's statehood.

Strengthening our relations and actively working towards a solution for #Palestine pic.twitter.com/THK2ZcwfMx

The resolution recognizes the Palestinian State within the 1967 borders with its capital in East Jerusalem.

© AFP 2020 / Jaafar Ashtiyeh
Israel to Offer Steps Toward Recognizing Palestine in Return for US Support
Palestinians want to create an independent state on the territories of the West Bank, including East Jerusalem, partially occupied by Israel, and the Hamas-controlled Gaza Strip, and want Israel to withdraw from the Palestinian territories it took after the Six-Day War in 1967.

Israel has been building settlements on the occupied territories, despite objection from the United Nations.

The State of Palestine is currently recognized by 137 of the 193 United Nations member-states, including Russia. The United States does not recognize Palestine as a state.