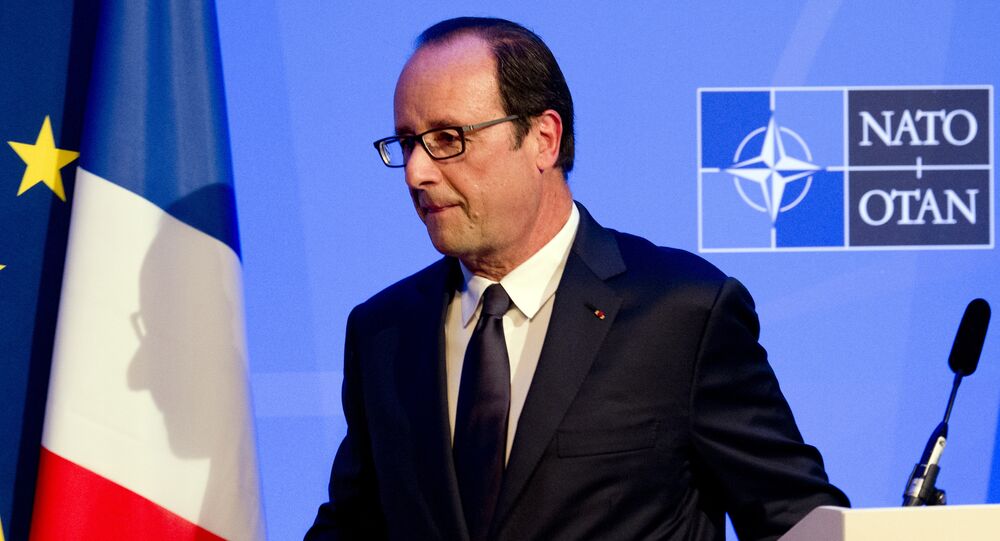 During his visit to Moscow, French Defense Minister Jean-Yves le Drian discussed with his Russian counterpart Sergei Shoigu the prospects of coordinating bilateral efforts in the fight against Daesh.

Le Drian and Shoigu focused on the prospects of coordinating efforts by the defense ministries of both countries in the fight against terrorism, including sharing intelligence information. The sides also agreed that Daesh (Islamic State) is a common threat, and reaffirmed their readiness to counter it.

"France intensified its counterterrorism policy after a series of attacks in Paris on November 13. Hollande visited New York and then Moscow. But this visit was not productive. France expressed hope for cooperation with Russia but no further steps were taken. Now France is continuing the efforts. This is creditable persistence," Pochta told Sputnik Radio.

Nevertheless, according to the analyst, there are some obstacles to this cooperation. France would like to form a large coalition which has been opposed by the US, he pointed out. What is more, after a Turkish jet downed a Russian bomber in Syria France has been torn between Moscow and Ankara.

Both Turkey and France are NATO members, and the US is their key ally. Its unfriendly stance toward Russia is limiting France’s scope for cooperation with Moscow, the analyst added.

He underscored that le Drian’s visit to Moscow was more of a diplomatic move.

"In France, some say that the French policy toward Russia is schizophrenic. On the one hand, there is an intention to cooperate in fighting terrorism. On the other hand, France’s stance toward Russia is unfriendly in many directions, including NATO’s eastward enlargement, deterrence of Russian submarines in the north Atlantic, and support for sanctions," Pochta explained.

"The visit of the French defense minister was a good step, but it was rather diplomatic than military," he concluded.