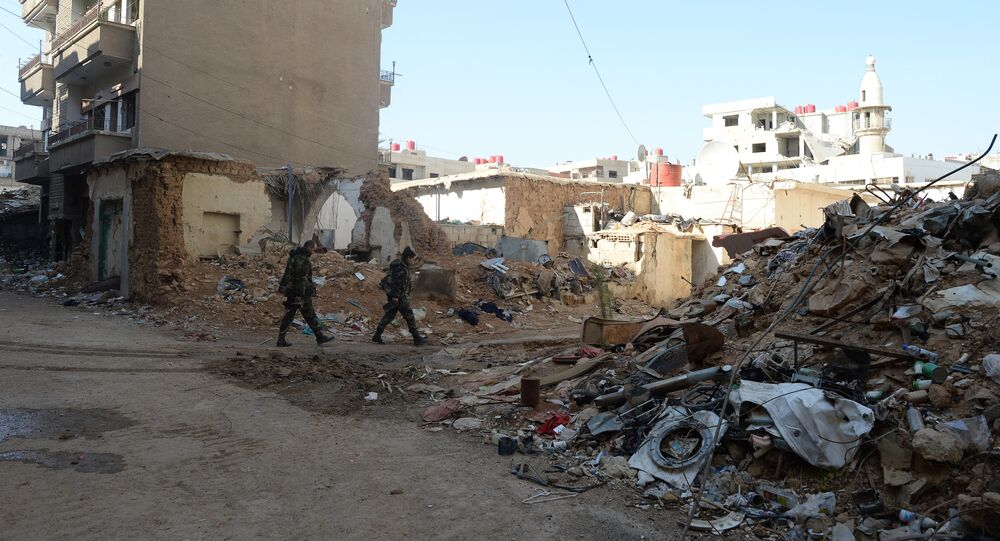 The UN Security Council resolution on the Syrian crisis settlement adopted on December 18 saved the country from an ultimate collapse, one of the leaders of Syria's opposition Popular Front for Change and Liberation said Monday.

MOSCOW (Sputnik) — The unanimously passed resolution calls for an immediate ceasefire, endorsing a previously agreed timeline of a transitional government in Syria, holding UN-monitored elections and reiterating the call for the Syrian people to decide the future of Syria.

According to the politician, all forecasts have indicated that the ongoing destructive process in Syria could reach "the point of no return" by the year-end, followed by the final disintegration of the country.

"Fortunately the international community was able to find sufficient strength and will, especially Russia and the United States, to reach a consensus on the Syrian crisis."

Moreover, the adoption of the UN Security Council resolution is "a yellow card" for Qatar, Saudi Arabia and Turkey, which, according to him, "are funding terrorism."

The resolution can stop the humanitarian catastrophe in Syria, prevent further advancement of terrorism, in particular Islamic State (ISIL or Daesh in Arabic, an extremist group banned in Russia) and initiate a serious discussion about the future of Syria, which should be reflected in the new constitution, the politician concluded.

UNSC Resolution on Syria Proves That 'Putin Was Right' All Along