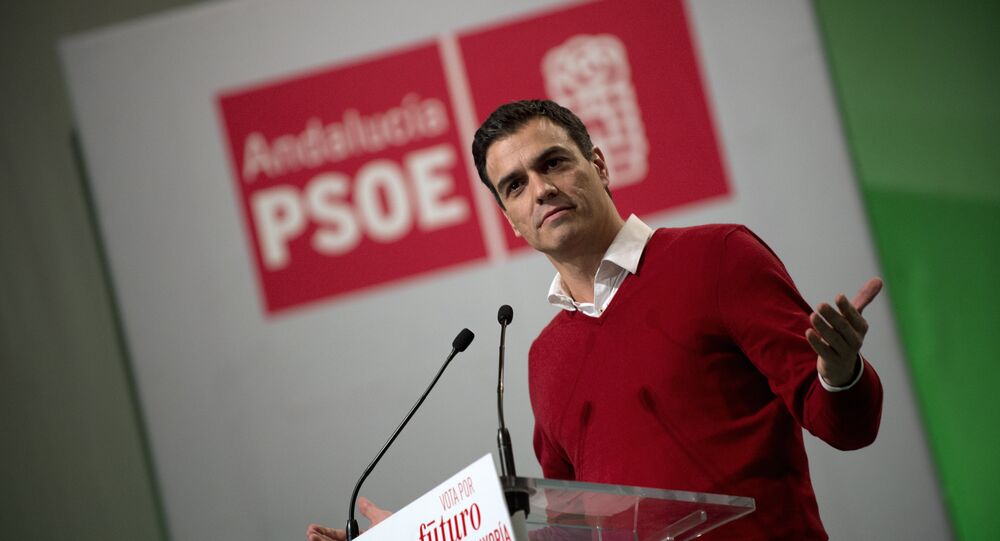 Spain’s Socialist Workers’ Party (PSOE), which won the second largest number of seats in the country's general elections over the weekend, will not enter into a coalition with the ruling party, PSOE Secretary Cesar Luena said Monday.

"These voices are incompatible. There is no way [to form a coalition with the Popular Party]," Luena said. "The votes cast for the Socialists are votes for change, rather than pursuing the present course."

Luena contended the 5.5 million votes cast for PSOE were to "replace Rajoy," asserting that "there must be an alternative" to the current leadership.

© Flickr / Vicente José Nadal Asensio
Spain's Podemos Rejects Idea of Coalition With Winning People's Party
The PP won a majority in the Senate, which grants them the ability to block decisions made by the lower house, the Congress of Deputies. The party nonetheless lost nearly one-third of its previous mandates in the Congress of Deputies, leaving the composition of a potential coalition uncertain.

The anti-austerity Podemos party gained 69 Congress of Deputies seats and the liberal Ciudadanos (Citizens) party won 40 seats. In the Senate, Podemos placed third with 16 mandates, with six or fewer seats each for the remaining six parties.