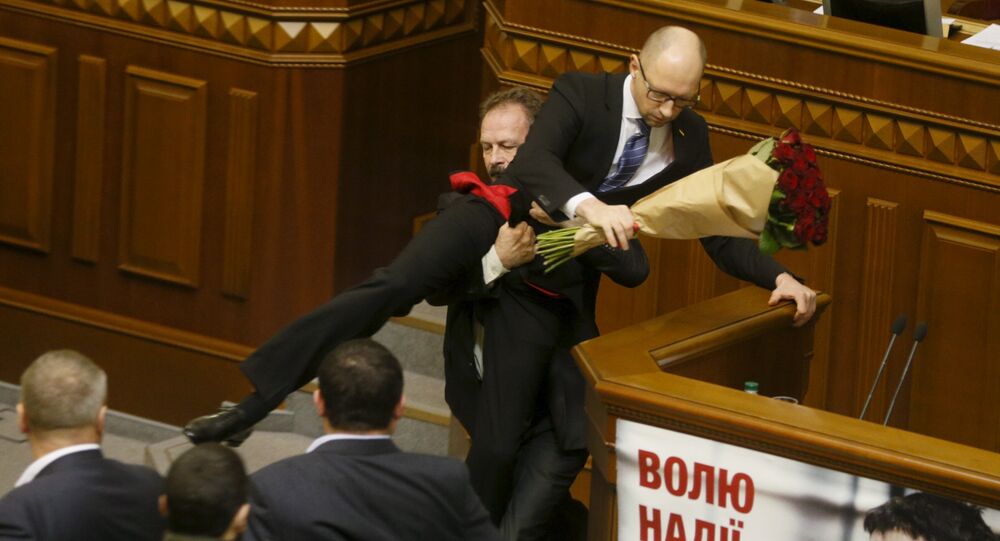 The Ukrainian imperfect election process should not be automatically applied to Donbass, Russia's OSCE envoy said.

In October, Ukraine held local elections, which formally finished in late November. Before the elections started, the country's breakaway regions of Donetsk and Lugansk agreed to postpone their local elections until 2016. Before elections in those regions can take place, Ukrainian authorities must fulfill all Minsk agreements obligations.

“It is unacceptable to speak of transferring the imperfect legislation on the election process to Donbass, as is emphasized by the Ukrainian negotiators in the Contact Group. Moreover, there is a concrete goal that must be solved in the mutual actions between Kiev, Donetsk, and Lugansk within the Complex of Measures, and we’re talking about a special law on local elections,” Alexander Lukashevich said during a live video uplink conference between Moscow and Vienna.

In February, Kiev and the southeastern independence supporters signed a deal on Ukrainian reconciliation in Minsk, including a ceasefire and the withdrawal of weapons from the line of contact.