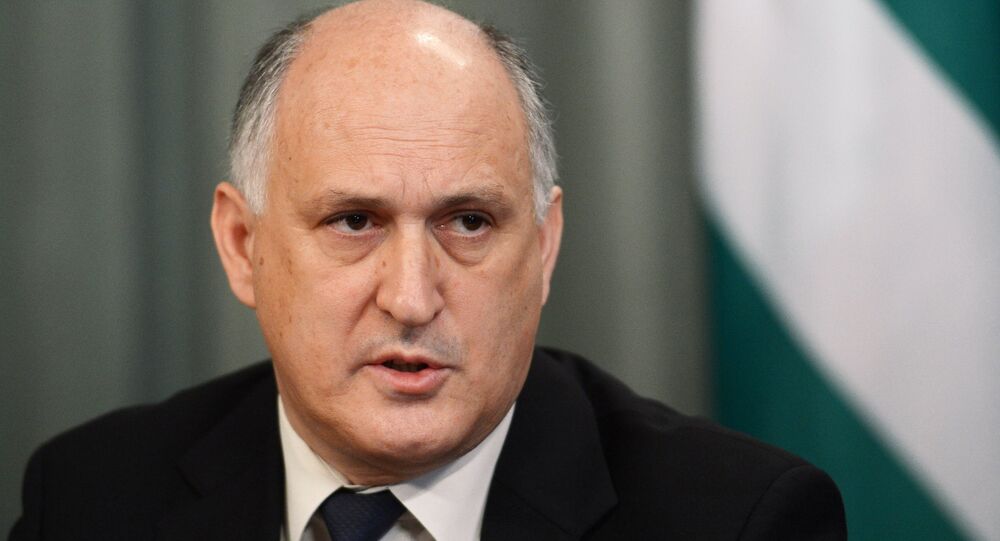 According to Abkhaz Foreign Minister, it is possible that Syria will recognize Abkhazia as an independent state in the future.

“Of course in the current conditions when there’s a war going on, many possible aspects of cooperation are difficult to complete. But, nonetheless, there was great interest by both parties to strengthening and deepening Syrian-Abkhaz relations. Will this lead in the end to Syria’s recognition of Abkhazia [independence]? I think anything’s possible, but this of course is the sovereign decision of the Syrian side,” Chirikba said.

In 2008, Georgia launched a military offensive against the breakaway republics of South Ossetia and Abkhazia, ending in a five-day war with Russia. Both regions declared their independence from Georgia in the early 1990s and were recognized by Russia following the conflict.

Besides Russia, Abkhazia has been officially recognized by Nicaragua, Venezuela and Nauru.

Russian Military Base in Abkhazia Strengthened by Advanced BTRs

DPR Counting on Recognition From Abkhazia

Abkhazia, S Ossetia Only Have 'Future' as Part of Georgia: Margvelashvili