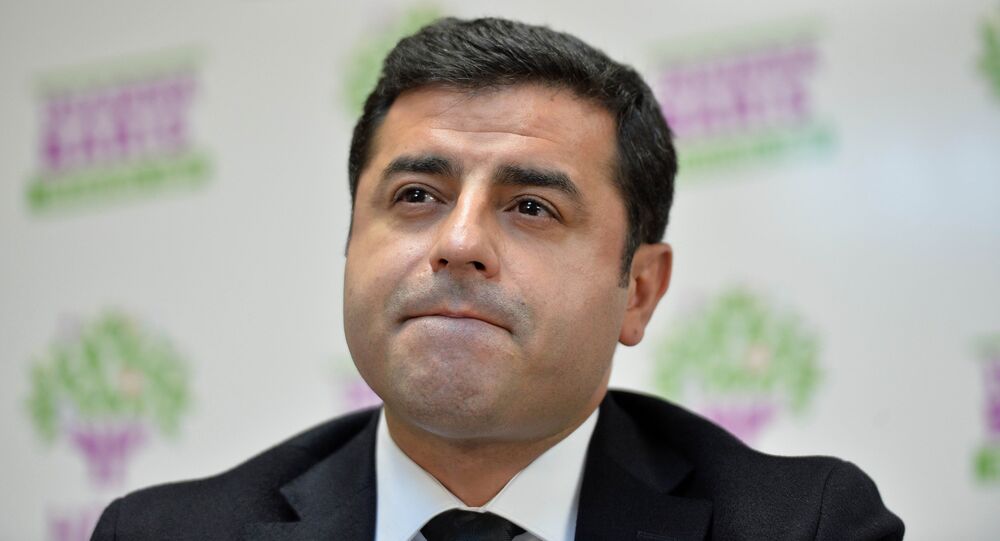 ANKARA (Sputnik) — Demirtas expressed willingness to help Turkish people, including businessmen and students, who were suffering from tensions in Russia-Turkey relations.

"The policy of the Justice and Development Party [ruling in Turkey] leads to a crisis in international relations. The nature of the crisis with Russia is threatening. We will go to Moscow and meet with the Foreign Ministry's head, Sergei Lavrov, on Wednesday," Demirtas told the Ozgur Gun TV channel in an interview.

He also expressed a commitment to establish his party's representative office in Moscow.

© AP Photo / Lefteris Pitarakis, File
Turkey Struggling to 'Untangle Itself From Ties With Daesh'
The Russian Foreign Ministry is yet to confirm the information on the visit.

Russian-Turkish relations deteriorated following the downing of a Russian Su-24 aircraft by a Turkish F-16 fighter in Syria on November 24. In response to this "stab in the back," as it was described by Russian President Vladimir Putin, Moscow has imposed a number of economic measures on Turkey. The measures that ban or restrict the activities of Turkish organizations in Russia and prohibit Russian employers to hire Turkish citizens, are due to take effect from January 1, 2016.