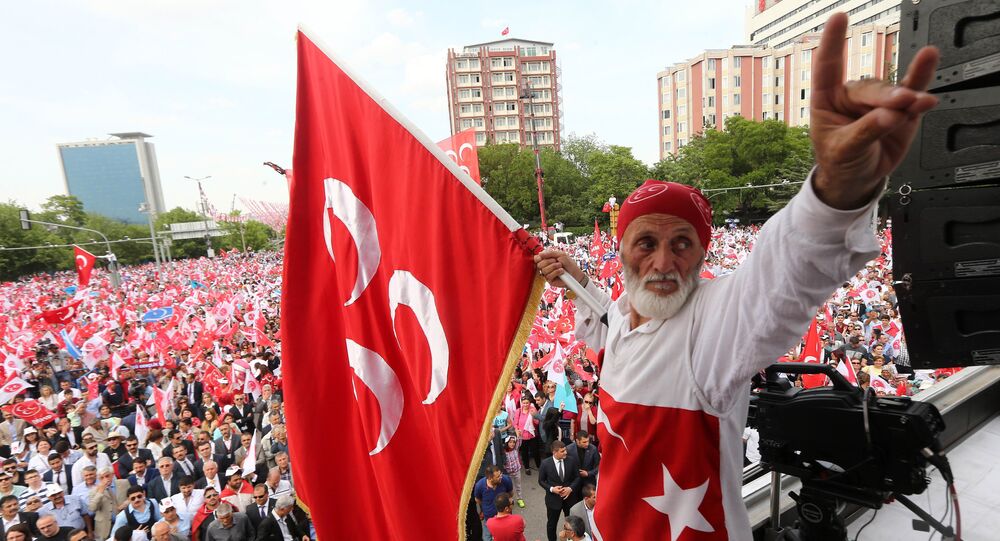 The decision to withdraw fighter jets from Turkey shows that US policy toward Ankara is becoming more cautious, following the emergence of evidence that Turkey is tied to the Daesh terrorist group, also known as ISIL/IS, ex-CIA official Larry Johnson said in an interview with RT.

By withdrawing its twelve F-15 jets from a Turkish air facility, the US demonstrated that it doesn't approve of Turkey taking a militarily offensive position in the region, Johnson said.

"Turkey, in my view, is out of control and some nation is going to have to bring them to heel," he said.

US and Turkey do not share common interests in the region, Johnson stated. Ankara continues to "fight terrorism" by carrying out air strikes against Kurdish positions in Syria, while the US government is calling for Turkey to "leave the Kurds alone."

"They [Turkey] are pursuing their own interests regardless of what Washington wants,” Johnson suggested.

The former intelligence official noted that Turkey's actions resulting in the removal of US warplanes in the region supports Daesh because the US fighters “are capable of providing some close air support to forces on the ground" and their absence will make the extremists’ enemies vulnerable.

"We are seeing Erdogan’s movement of Turkey into more of a radical Sunni camp. Turkey and the Saudi Arabia elites share a goal in common of trying to contain Iran.”

US Air Force / Senior Airman Matthew Bruch
US F-15 Fighters to Return to British Base From Turkey Wednesday
Johnson explained. “They are very fearful of the spread of the Iranian influence because it is a Shia nation and the Shia influence is spread throughout the Middle East in part because of the US decision to take Saddam Hussein out in Iraq.”

Johnson opines that, "Turks don’t feel that they need to pay any attention to the US," because, "the Obama administration is viewed widely in the world, largely in Turkey, as being quite impotent."

The former spy suggested that the withdrawal of US fighter jets from Turkish territory was also a result of the downing of the Russian Su-24 jet by the Turkish Air Force. According to Johnson, it was an obvious provocative act.

US Must Overhaul Approach to Allies in Anti-Terrorism, Turkey - Analyst