Obama spoke with Turkey’s President Recep Tayyip Erdogan to call on him to retract the deployment of Turkish troops in Iraq. 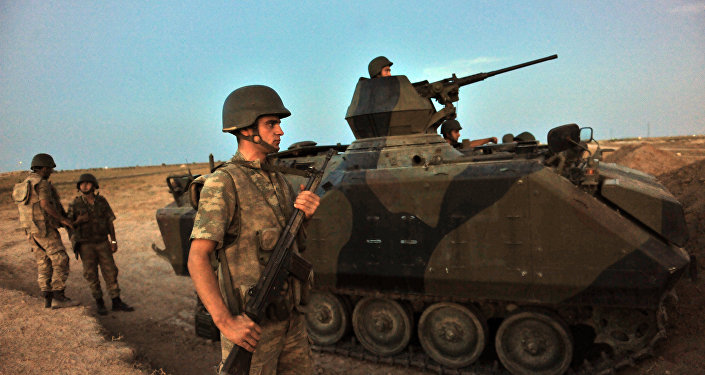 © AFP 2019 / BULENT KILIC
Is the Turkish Invasion of Iraq Nothing More Than a New Oil Play?
WASHINGTON (Sputnik) — US President Barack Obama spoke with Turkey’s President Recep Tayyip Erdogan to call on him to retract the deployment of Turkish troops in Iraq, White House said in a press release.

"The President [Obama] urged President Erdogan to take additional steps to deescalate tensions with Iraq, including by continuing to withdraw Turkish military forces, and reinforced the need for Turkey to respect the sovereignty and territorial integrity of Iraq," the release said on Friday.

The two leaders have also agreed to cooperate with the Iraqi government on reducing tensions and coordinating the anti-Daesh campaign.

On December 4, Turkey deployed about 150 troops and 25 tanks to the Bashiqa camp, without Baghdad’s approval.

Turkey started withdrawing its troops on December 14, after Iraq had officially filed a complaint with the UN Security Council, calling on the United Nations to ensure an immediate withdrawal of the Turkish forces from its country's territory.