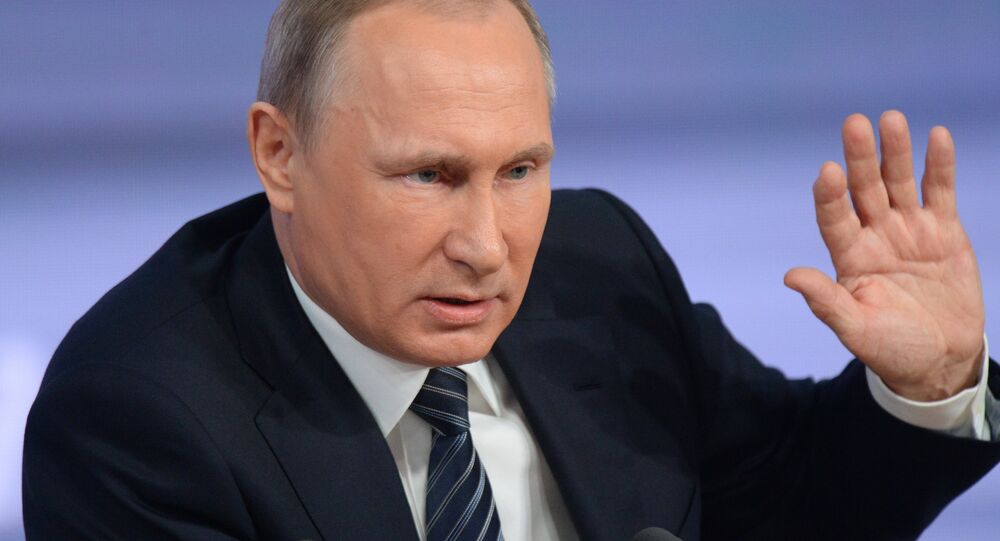 Russian President Vladimir Putin said that he does not consider a need to stop gas transit to Europe through Ukraine as necessary.

MOSCOW (Sputnik) — Russian President Vladimir Putin said Thursday he was unsure whether there was a need to stop gas transit to Europe through Ukraine.

"As for gas transits through Ukraine: yes, on a corporate level — I've heard this myself — someone stated during discussions that we should end this transit altogether. I'm not sure whether this is necessary," Putin said at his annual press conference.

The Russian leader added that Moscow was ready to maintain cooperation with Kiev on the gas transit if Ukraine worked on the same level as Russia’s European partners on the Nord Stream 2 gas pipeline.

In April, Russian Energy Minister Alexander Novak said that Russia would most likely cease transiting gas through Ukraine once the current contract expired in 2019, citing Ukraine's unwillingness to compromise on the terms of the extension of the transit contract among other reasons.

According to Putin, Russia’s canceled South Stream project, that was to transport Russian gas to South Europe making landfall in Bulgaria but its government rejected the venture. Moscow announced the cancellation of South Stream in December 2014 following a deadlock with Brussels over its anti-monopoly legislation.