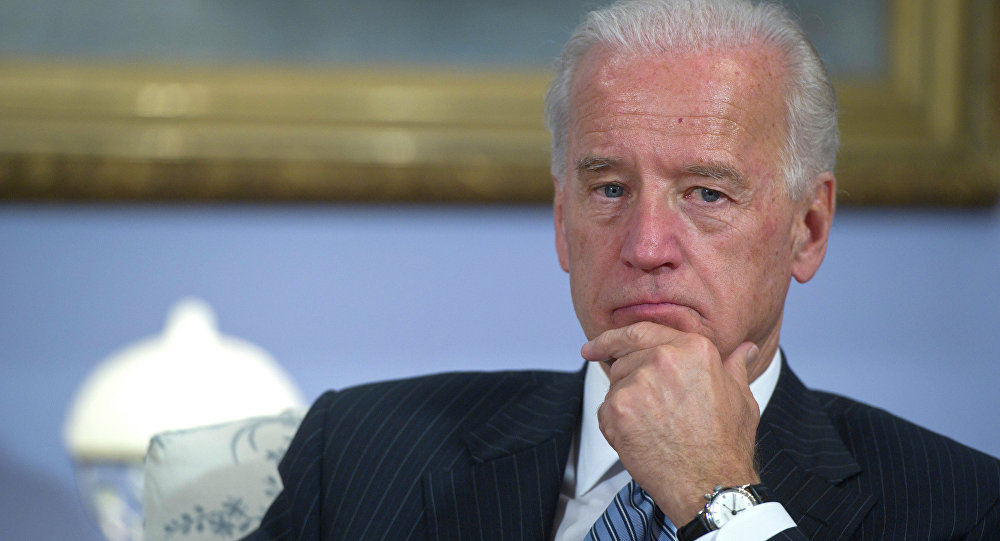 WASHINGTON (Sputnik) — US Vice President Joe Biden called on Ankara to withdraw from Iraq any military personnel unauthorized by Baghdad, the White House said in a statement on Wednesday after Biden’s phone conversation with Iraqi Prime Minister Haider Abadi.

"The Vice President reaffirmed the United States' commitment to Iraqi sovereignty and territorial integrity and called on Turkey to do the same by withdrawing any military forces from Iraqi territory that have not been authorized by the Iraqi government," the statement said.

Biden stressed that the recent deployment of Turkish forces in Iraq was done without consent of the Iraqi government.

On December 4, Ankara deployed about 150 troops and 25 tanks to a base in Iraq's Nineveh province, Baghdad regards the deployment as illegal.

© AP Photo / Emrah Gurel
Biden Welcomes Turkish Troops Withdrawal From Iraq’s Camp Bashik
On Saturday, the Iraqi Foreign Ministry said it had officially filed a complaint with the UN Security Council, calling on the United Nations to ensure an immediate withdrawal of the Turkish forces from its country's territory.

The Turkish authorities reported that their troops had entered Iraq to ensure the security of the Turkish soldiers deployed earlier at the base to train local militias fighting against terrorist groups.