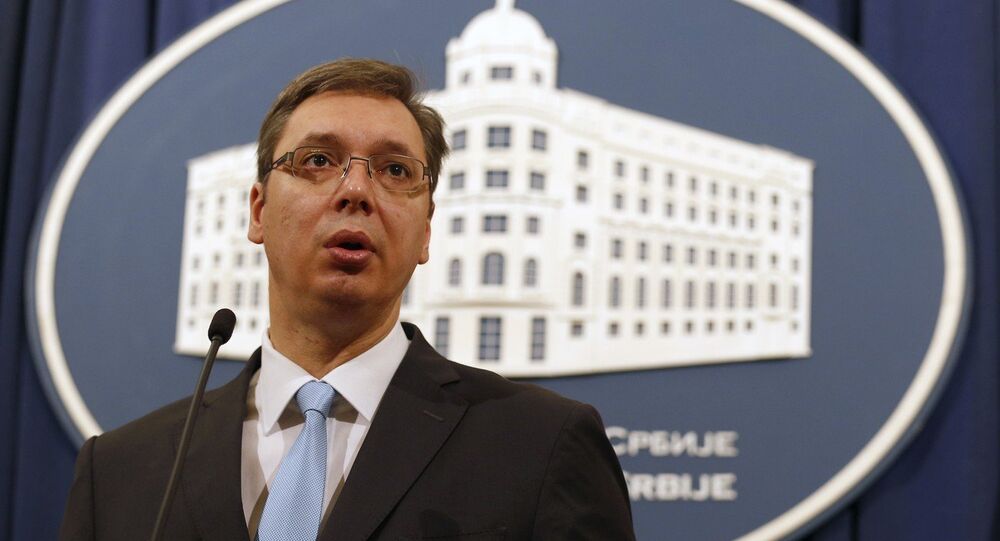 The Serbian authorities should find a way to preserve good relations with Russia despite the country’s determination to join the European Union, Serbian Prime Minister Aleksandar Vucic said Monday.

© Sputnik / Ruslan Krivobok
Bumpy Road: Kosovo Issue Overshadows Serbia-EU Accession Talks
BELGRADE (Sputnik) – Earlier in the day, the Serbian and EU negotiators opened the first two of the 35 chapters in the talks on Belgrade’s bid to become a EU member. The chapters concerned Serbia’s normalization of relations with its breakaway territory of Kosovo and the financial control issue.

"You know that our strategic goal is the European Union, and we show our dedication, commitment and even devotion on this path. On the other hand, we would like to maintain the traditional friendship with Russia, in which I do not see anything wrong. But in the future we need to understand how to be allied with the European Union, because if not in 2016 or 2017, then later we will have to do this," Vucic stated at a press conference.

Serbia received official EU candidate status on March 1, 2012. The European Council announced the launch of official negotiations January 2014, but the talks have stalled at that time.

In November, Vucic told Sputnik that Belgrade’s refusal to introduce sanctions against Russia in line with the European Union caused Brussels to mark down Serbia’s progress in a European Commission report. The report estimated the Balkan country's preparation to EU accession as moderate in majority of areas, including foreign policy.